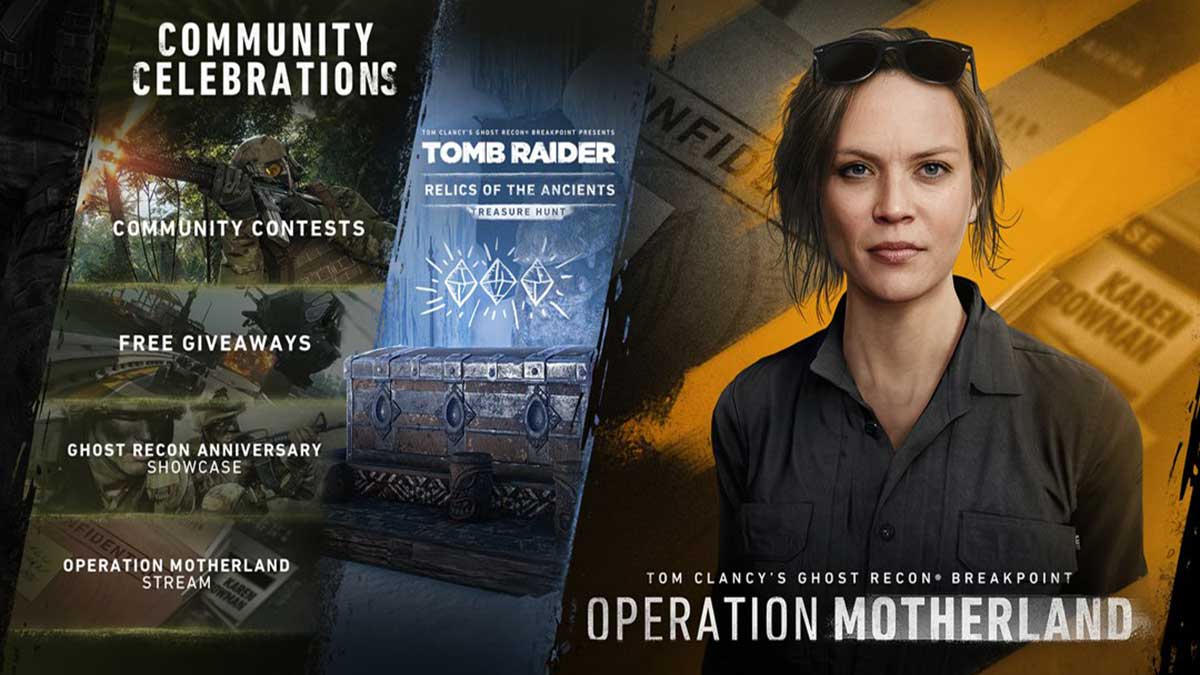 Ubisoft has revealed its plans for this year’s 20th anniversary of the Ghost Recon brand. The celebration sees several events and pieces of content come to Ghost Recon: Breakpoint, giving players a lot to engage with for the rest of 2021 at the least.

There are three main parts to the new content coming to the game: Community Events, a Tomb Raider event, and Operation Motherland. Motherland is the highly-anticipated major expansion to the game that will add new sets of missions to complete and potentially some new locations to explore.

The Tomb Raider event is called Relics of the Ancients. Players will almost certainly be sent out to find and secure as many exclusive chests as possible, allowing them to unlock unique gear themed around the Tomb Raider reboot trilogy.

Finally, Ubisoft has a series of Community Events coming to the game. These will keep players engaged between content drops, giving players a reason to engage with the title again. The events revealed so far include a reveal event for Operation Motherland, an anniversary showcase, free giveaways, and community contests. More Community Events will be revealed as time goes on.

Ghost Recon: Breakpoint had a rough start, but most players now agree that it’s an enjoyable experience. However, the game has never lived up to Ghost Recon: Wildlands. Time will tell if Ubisoft reveals a new Ghost Recon game as the 20th celebration comes to a close later this year.