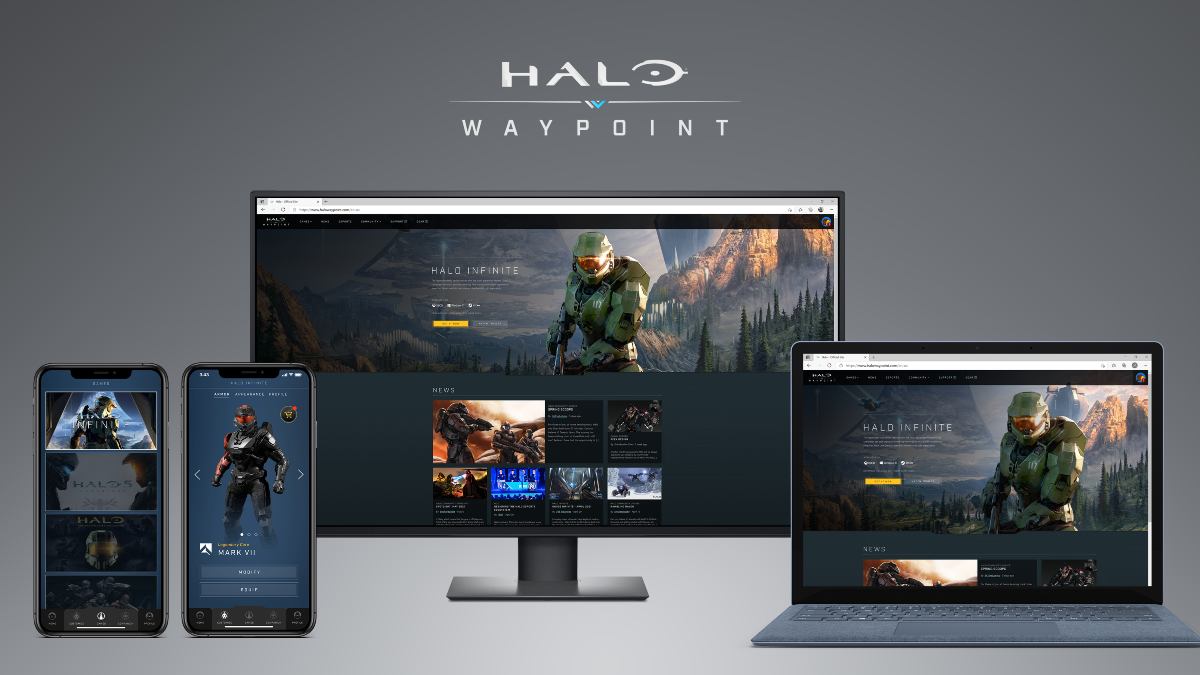 Over the course of Halo Infinite’s second multiplayer technical preview, Insiders will also have access to a new and improved version of Halo Waypoint. Developer 343 Industries refer to the website overhaul internally as “Waypoint vNext.”

The announcement was made in a Multiplayer Technical Preview Overview on Halo Waypoint shortly before the second flight went live. According to 343, “those that have access to the multiplayer tech preview will also have access to the new version of Waypoint, which we affectionally refer to as ‘Waypoint vNext.'” Players also had access to Waypoint vNext during the first technical preview, though that flight’s number of participants was highly limited.

The revamped Halo Waypoint isn’t relegated to a web browser, as players can also check out the experience via a mobile app on iOS and Android. 343 notes, “Once inside, you will be able to view your Battle Pass progression, Challenges, and even customize your Spartan.” This makes the new Waypoint a handy, integrated tool for players deeply embedded in Infinite’s multiplayer (assuming it works properly).

Waypoint vNext was given a deeper rundown in June’s Inside Infinite post on Halo Waypoint. There, the developers go over the philosophy, design, and features that motivated the website’s redesign. As for the app’s philosophy, 343 “especially considered those who like to stay connected & engaged both during and after they play.”

Insiders wanting to explore Waypoint vNext’s array of offerings for themselves better do so before Infinite’s second multiplayer tech preview ends on October 4.