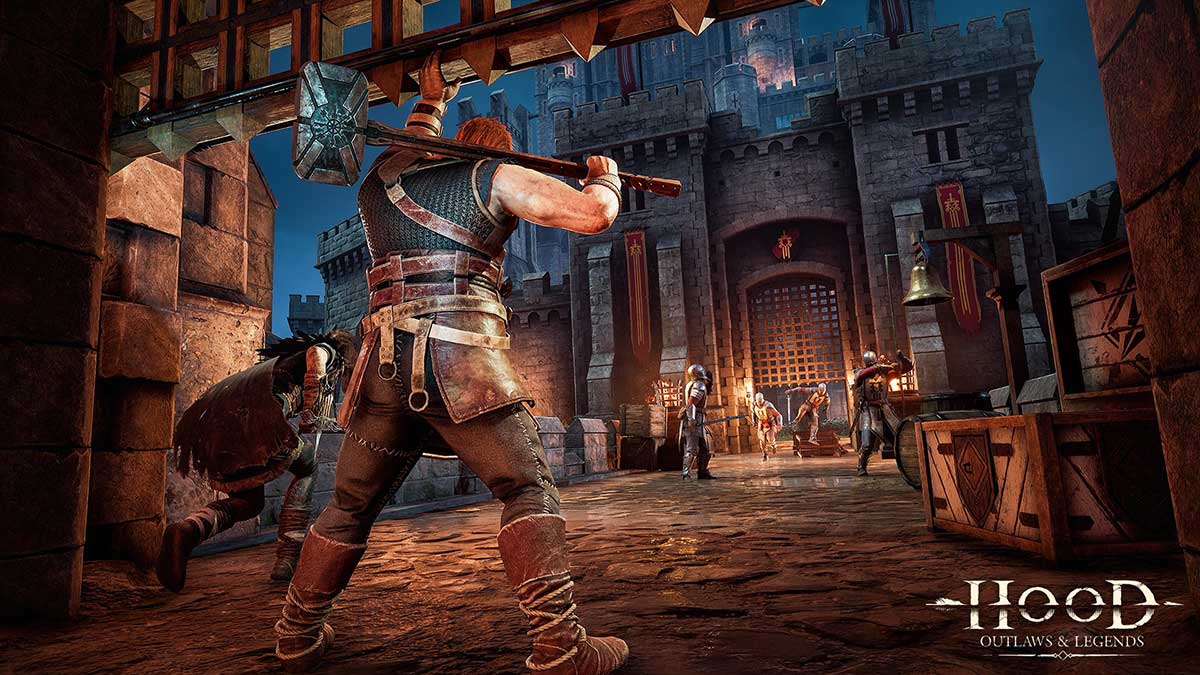 On the technical side of things, Willans confirmed that the game will target 60 FPS and ray tracing on both the PlayStation 5 and Xbox Series X. However, the final resolutions will be confirmed once the game is out on May 10. Also, the game has a number of features exclusive to PS5 that make use of the DualSense controller.

In terms of gameplay and post-launch content, Willans shed light on areas never discussed for Hood: Outlaws & Legends before. The post-launch content schedule will see an update released every three to four months. The seasonal calendar for the game follows the pagan one, similar to the Yule and Ostara festivals in Assassin’s Creed Valhalla. Willans confirmed that the game has five launch maps, “with another added free for all players very soon after.”

However, character progression adds another layer on top of the base heist gameplay. “We have a range of cosmetics for both outlaw costumes and weapons, and a unique perks progression that is gated by your character level (XP) and the coin in your pocket, earned through heists.” Each character has three perk slots, and these perks are the only feature that directly affects gameplay — these range from damage and capacity multipliers to completely different abilities. For example, it’s possible to transform the Mystic’s throwable gear from a poison bomb into a sticky healing item for allies.

The game’s loot system was also touched upon. Given that this game is based upon the legend of a hero who stole from the rich and gave to the poor, not all the loot at the end of the match is yours to keep. Willans added that no microtransaction allows you to buy coins to spend in the shop or people. You have to earn the loot by playing the game.

Finally, when it comes to post-launch content, Willans was very clear. “We have a lot of post-launch features planned, which will expand on the competitive aspects of the game. The first step is building our community, then understanding which aspects are needed first.” The community will inform what updates the game receives.