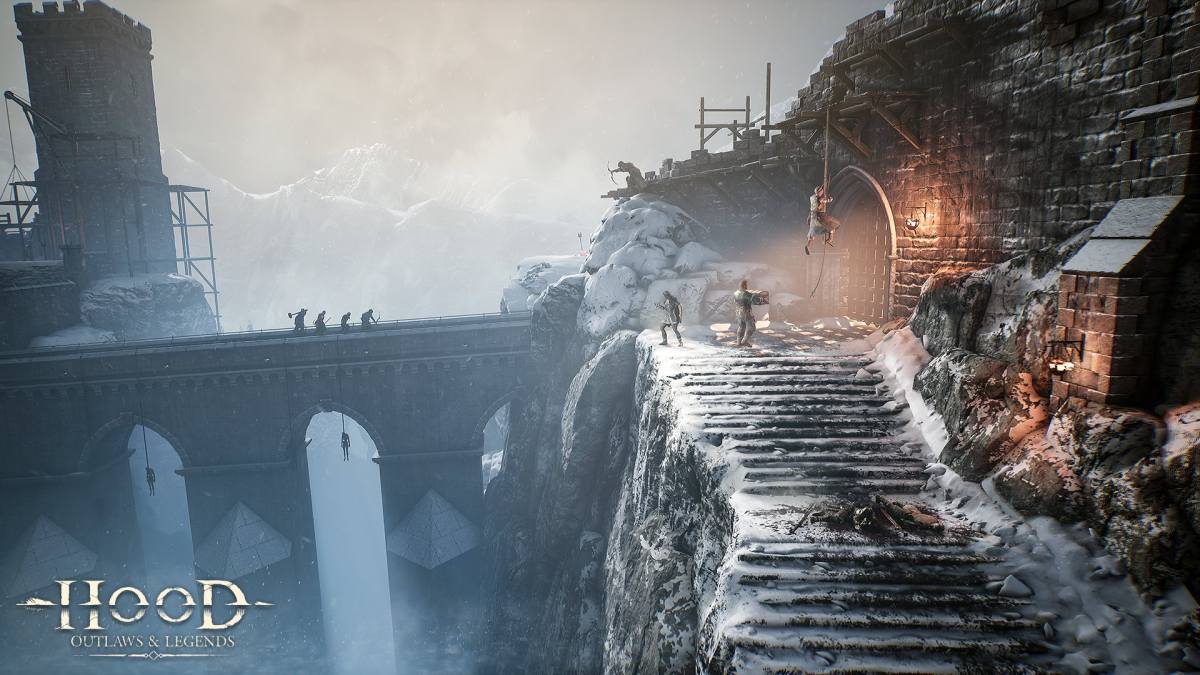 Sumo Digital has confirmed when players can access the first new map, the mountain, for Hood: Outlaws & Legends. The map was teased in Update 1.4 with a mid-June release window. The mountain map is part of the game’s initial free season, and all future maps will only be available to season pass holders.

The Mountain map will be added to Hood: Outlaws & Legends on June 17. It offers a brand new stronghold to steal treasure from and a range of approaches for players to test out and master. Of course, the Sheriff is still around, and he’ll be patrolling the streets of Mountain in search of you as you try to understand the best way to get the chest to the winch.

Mountain has been shown in videos for the game before. This stronghold is situated at the foot of a mountain. At some point in time, an earthquake or possibly an eruption thousands of years ago caused the ground to split, creating a huge crevasse. Mountain is built across that crevasse, with buildings on either side connected by flimsy wood and rope bridges.

The main thing players will notice in this map is the increased line of sight across the entire area. Unlike the base game’s maps, here you can see from one side to the other and get in a longshot on an enemy player as well. The snowy white environment makes it difficult to hide in plain sight, so players will need to be better at finding hiding spots and avoiding their foes.

The only thing to watch out for is the long fall down if you run off the edge of a building or vault over one of the bridges. The Sheriff will probably assist any players he finds by giving them a quick push into the void.