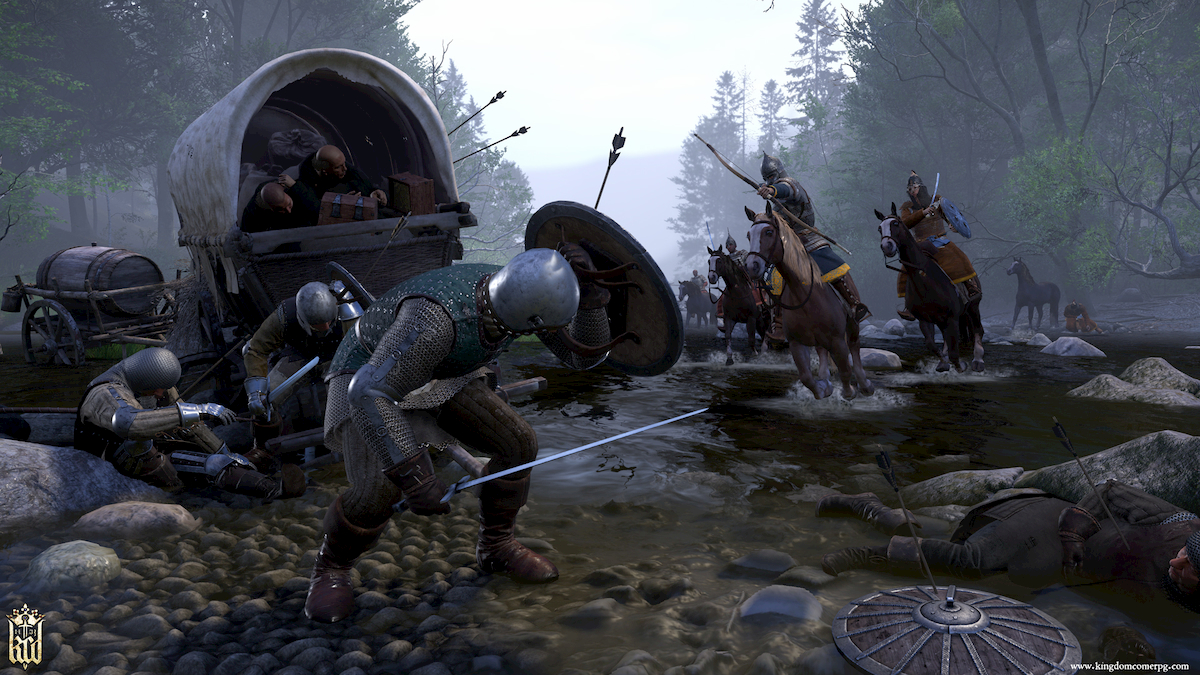 Update June 11, 2021, 8 AM CT: Koch Media confirmed in a press release that Kingdom Come: Deliverance will be releasing on Nintendo Switch. No release date has been given at the time of this writing.

In a presentation for press today, Koch Media revealed that Kingdom Come: Deliverance is coming to the Nintendo Switch. The Switch port has been widely speculated on in the past, but developer Warhorse Studios has denied its existence every time. The most recent denial came after images of the game on the Nintendo eShop surfaced in April of this year.

Given how regularly the developer has denied the port, we reached out to Koch Media for clarification, but after 10 hours, we not received a response confirming or denying the news. Koch Media stated in both a press release and a press presentation this morning that it is working on the port with the developer and in collaboration with Saber Interactive, and that the port is definitely happening. Saber is known for its 2019 Switch port of The Witcher III: Wild Hunt, among others.

Other than the news that the Switch port of Kingdom Come: Deliverance exists, there are no other details about features, content, or release window.

Kingdom Come: Deliverance is a medieval open-world RPG in which players take on the role of a lowly peasant. The story takes players through a rich world inspired by real historical events and locations and sees them rise from their humble beginnings. The game is visually and mechanically impressive on PC, and squeezing it onto the Nintendo Switch will be quite a feat. Warhorse and Saber will likely use similar methods employed by CD Projekt Red with The Witcher III.

In addition to bringing Kingdom Come: Deliverance to Nintendo Switch, Warhorse Studios is also working on a new game. Once again, details are scarce, but the studio will be continuing its relationship with Koch Media as it develops and releases this new title.