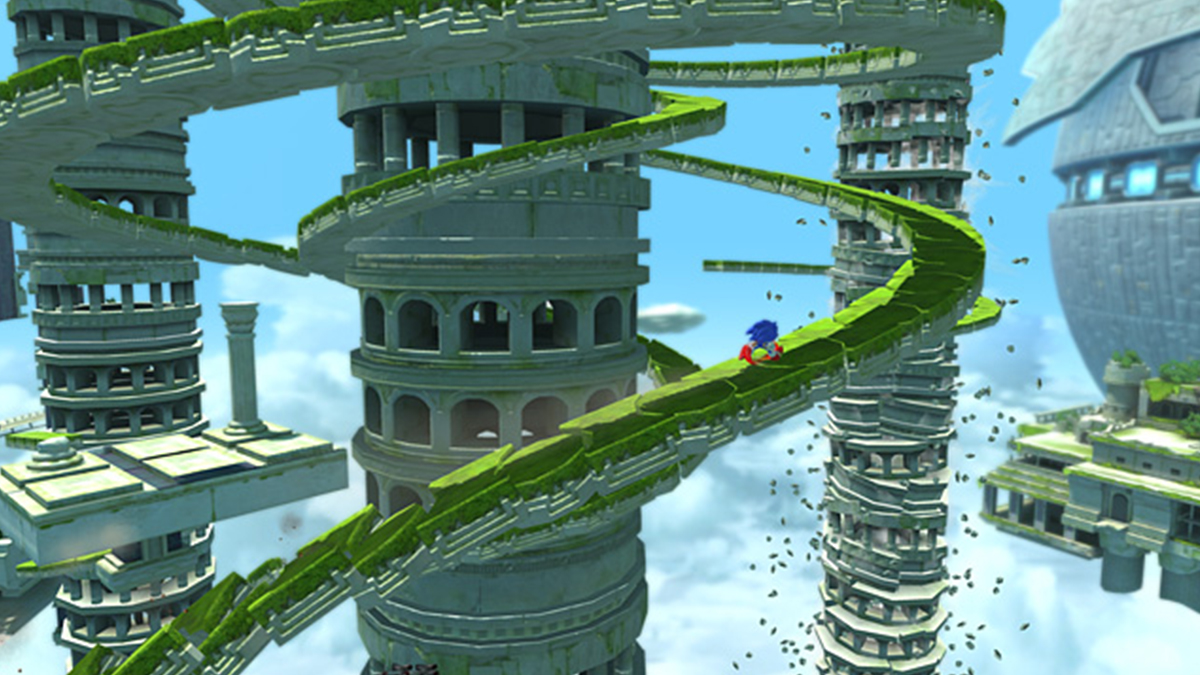 When the first Sonic Frontiers gameplay demo dropped, we saw familiar elements in a new open-world setting. Some of those are even more familiar than we already thought, apparently. New off-screen footage from the Summer Game Fest reveals what appears to be the old Sky Sanctuary Zone in the new Sonic game.

Sonic fan @Saihati72 shared the clip on Twitter (the footage itself is taken from episode 18 of the Kit & Krysta Podcast). As Saihati points out, you can see what certainly looks like the Sky Sanctuary with Robotnik’s Death Egg in the background. The brief bit we see also appears to be a more linear section, in contrast to how open other gameplay snippets have been up to this point.

There are a few possibilities here. First, it’s important to remember that Sega isn’t using the term “open world” to describe Sonic Frontiers. Its “open zone” design, as Sega calls it, means that smaller sections connect to a larger world. It’s entirely possible for some of these zones to be more linear than others. Second, the Sonic series has included bonus stages since Sonic Spinball in 1993, so an extra level in that fashion could also be what we’re seeing here.

In any case, this wouldn’t be the first time we’ve revisited the Sky Sanctuary Zone. After first appearing in Sonic & Knuckles, it was later reused for Sonic Advance, Generations, Runners Adventure, All Stars Racing Transformed, Dash, and Forces: Speed Battle. There’s no need to panic over “the reuse of level themes and assets” here. Sonic Team boss Takashi Iizuka already said that fan feedback won’t hold the game back.

As for when Sonic Frontiers is actually coming out, the launch is still in question. No date has been given at this time, although a PlayStation database leak last year suggested the game would arrive on November 15, 2022. Whenever it arrives, it’ll be playable on PlayStation 5, PlayStation 4, Xbox Series X/S, Xbox One, Nintendo Switch, and PC.