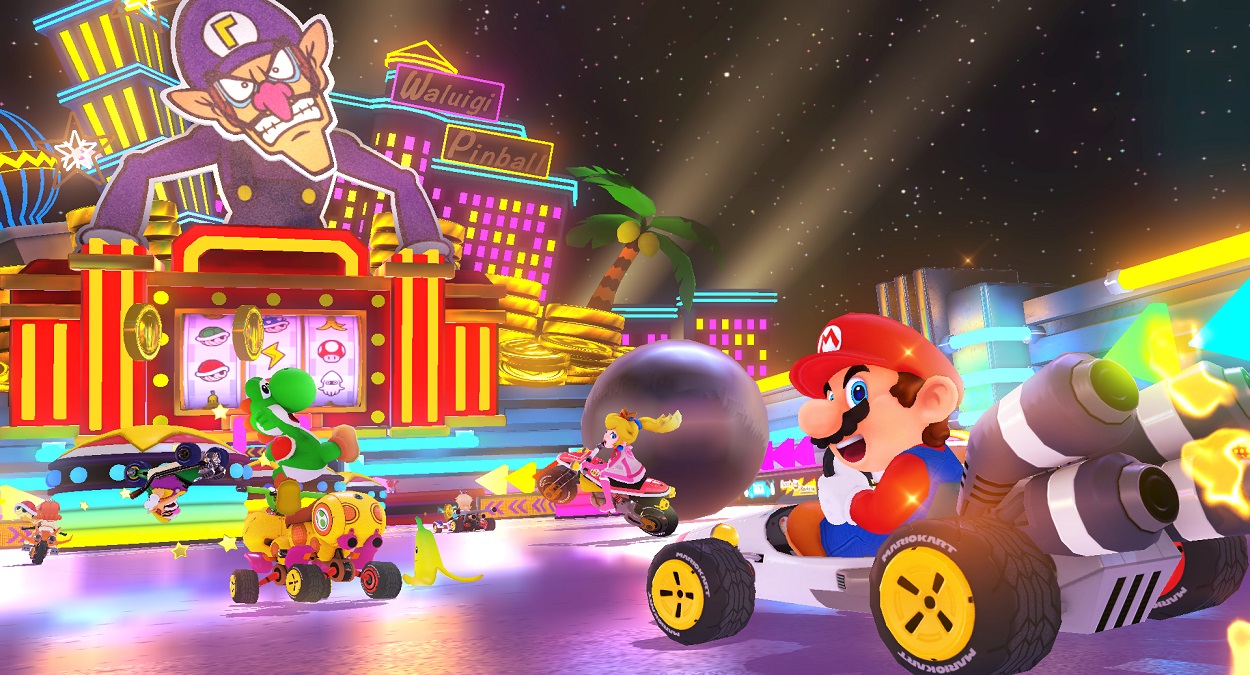 Nintendo has got into a habit of casually dropping new announcements with little build-up. It did it with Bayonetta 3’s latest trailer, which confirmed its release date, and today it’s shared a trailer showcasing the next line-up of DLC racetracks for Mario Kart 8 Deluxe.

Just like before, Wave 2 will consist of two additional cups containing four racetracks and will become available on August 4. As a reminder, if you’ve already bought the Booster Course Pass, the new tracks will be downloaded immediately. The Booster Course Pass is also available for free if you’re subscribed to the Nintendo Switch Online + Expansion Pass.

The Propeller Cup also features a Mario Kart Tour track, Sydney Sprint, as well as Snow Land from Mario Kart: Super Circuit for the GBA, Mushroom Gorge from Mario Kart Wii, and a wholly original, dessert-themed track called Sky-High Sundae. That last one will have you race atop ice cream and strips of ice cubes.

It was safe to assume that the Booster Course Pass would only include existing tracks from previous games, but Sky-High Sundae’s inclusion means we could see more original tracks in the future. The trailer also confirms that Sky-High Sundae will make an appearance in Mario Kart Tour as well but at an unspecified date.

Both New York Minute and Sydney Sprint were already suspected of being added to Mario Kart 8 Deluxe thanks to datamining. However, none of the other Wave 2 tracks were listed in that leak. Now that we know that new tracks are possible, it is a bit harder to predict which tracks will be added in the future.

Unsurprisingly, there’s no indication of when Wave 3 will arrive. The wait between Waves 1 and 2 was five months long. Whether we’ll need to wait another five months for Wave 3 is a mystery.