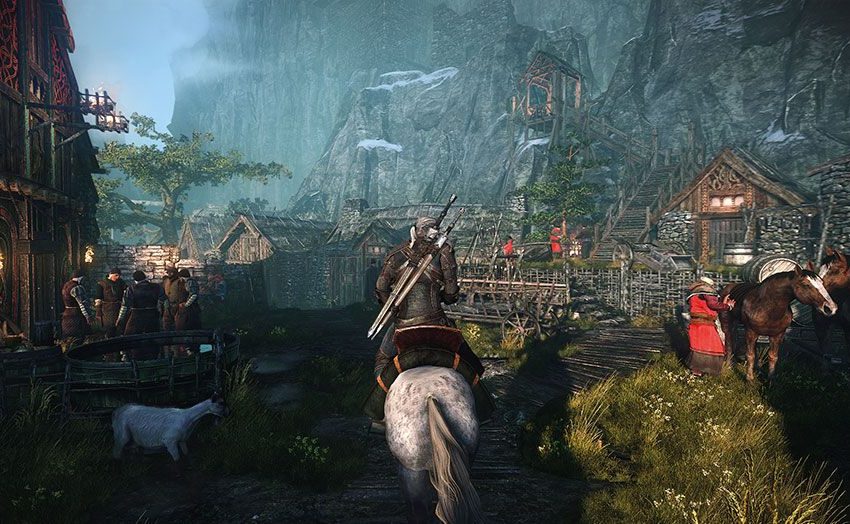 The Netflix adaptation of The Witcher has been a massive success with fans, so much so that lots of us to flood back to the game on Steam. If there has been one surprise star from the series, it is Jaskier, played by Joey Batey, and the song “Toss a Coin to Your Witcher.” The song is racking up millions of views on Youtube, countless covers, and is even being added to other games.

A modder has now added the song, and an exceptional performance by Dandelion/Jaskier, to The Witcher. The mod introduces the song to the game in the form of a cutscene, complete with lyrics. The cutscene takes place in The New Narakort Inn, which you can find in Vizima.

You can download the mod from Nexus Mods, but be prepared to update it. Hub997, the modder who created the cutscene mod, is working on improvements already. They have plans for a fully furnished interior, new characters, better animations, and improved camera work to showcase Dandelion’s abilities fully.

They are also planning a second cutscene, featuring another of the Netflix show’s songs, and they even plan on doing a cutscene featuring a song from the Alzur’s Legacy fan film. They will also attempt to create a cutscene for “Toss a Coin to Your Witcher” for The Witcher 2 after people requested it.

To get the mod, head over to the Nexus Mods page and download it, then follow the installation instructions. If you don’t have a gaming PC, you can watch the cutscene in the video above. I doubt this will be the last we will see of the series, or Jaskier’s songs, in The Witcher , as the games are well known for its massive support among the modding community.