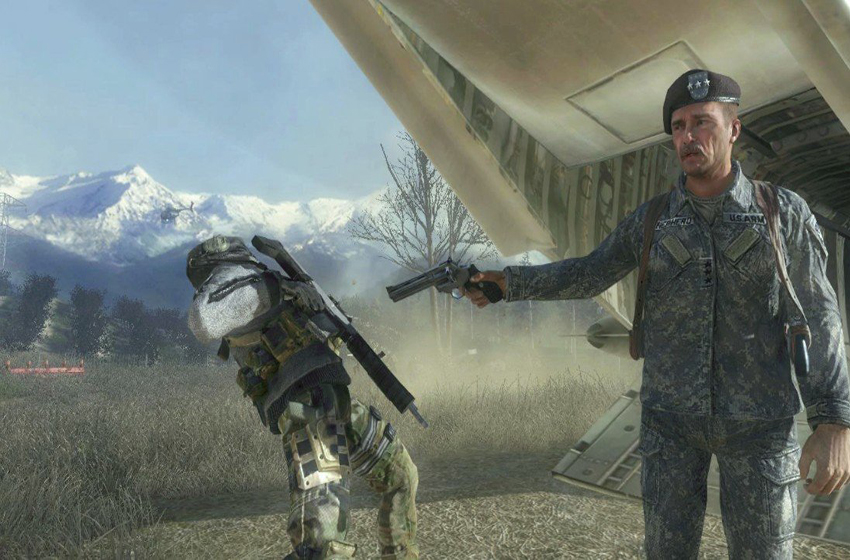 Alongside what appears to be a remaster of the campaign for 2009’s Modern Warfare 2 is a skin for Ghost in the most recent game that is a throwback to his original appearance. It is called Ghost Pack: Oil Rig and comes with the description: “Wreak havoc on your environment with the Oil Rig Pack. Price: 10000 CODPoints.”

Also, with the artwork and new Ghost skin, a couple of weapons are receiving new skins as well.

That’s not all folks, as also found in the files is a new charm of a swimming flipper, an epic finishing move for Ghost called “Belly Flop,” an epic quip for Ghost named “Stay Frosty,” and an epic animated calling card called “No Easy Days,” and a rare emblem of Ghost.

This is not the first nod that a remaster for Modern Warfare 2’s campaign is on the way. The game was rated in South Korea in the past week. While there is no indication that the multiplayer from that game is getting a full remaster as well, Infinity Ward has already brought Rust back and could very well include other maps as well with the campaign coming back.

While we wait for Infinity Ward to officially announce Modern Warfare 2 Campaign Remastered, be sure to check out Gamepur for guides on Modern Warfare’s Warzone battle royale mode.