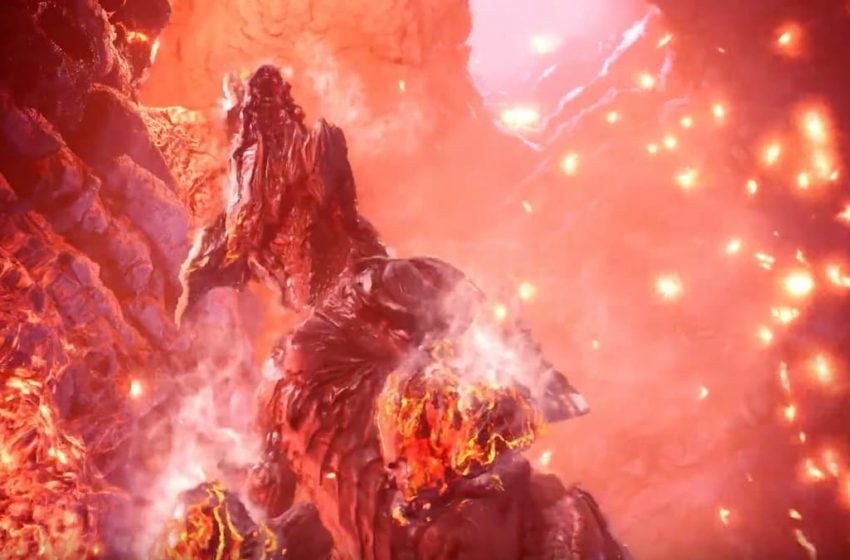 Capcom’s Monster Hunter World has become an enormous hit since its release in 2018, selling over 15 million copies worldwide. And with its latest Iceborne expansion, the hunt shows no signs of slowing down. But now things will get dire, as a new update is set to introduce two of the game’s toughest monsters yet.

Coming in March, the update announcement came earlier tonight on the official Monster Hunter page. It will introduce two new Variant monsters to the fold.

The first is the Raging Brachydios, a lava-colored wyvern that has a way to smash his prey with explosive attacks.

The second is the Furious Rajang, a super-aggressive creature that likes to pound enemies with his hands.

Alongside the announcement, Capcom released a new trailer with both of these beasts in action.

Leading things off is the Brachydios, smashing its way into the ground as an ocean of lava explodes around it. Not to be outdone, the Rajang can do massive damage in its own right, starting with an airborne smash, which shatters the ground like glass. It also unleashes fireballs in the air and has incredible fire breath, which can turn any given Monster Hunter into an instant barbecue. No matter which route players take, an astonishing challenge lies ahead.

Monster Hunter World: Iceborne’s update will arrive on Xbox One and PlayStation 4 first in March. As for PC owners, the wait is slightly longer, as it won’t debut until April. The delay should be worth it for die-hard Monster Hunter fans—and give them the time needed to put together quite the hunting party.