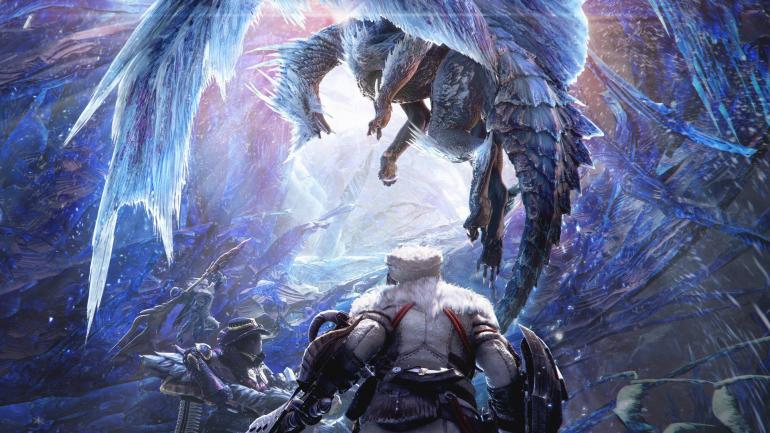 Big video game-related leaks from retailers are nothing new, but some potential news about Monster Hunter World: Iceborne may have just come from a pretty unusual place. A listing for a Monster Hunter World model kit features a handful of monsters that are confirmed to appear in Iceborne, alongside what may be snowy versions of Barroth and Jyuratodus from the base game.

The possible leak comes from AmiAmi.com, which deals in models, trading cards, and other video game merchandise and hobby kits. The site has a listing for a Monster Hunter World model kit featuring six monsters: Nargacuga, Glavenus, Banbaro, Fulgur Anjanath, Barroth, and Jyuratodus. All of these monsters are exclusive to Monster Hunter World: Iceborne, except for Barroth and Jyuratodus. Images in the listing also show that the Barroth and Jyuratodus can be connected to appear to be fighting, which is only fitting for two creatures that inhabit the same area in the original game and seem to be locked in a constant struggle for territory.

There’s plenty that’s unclear about the listing and what it might mean for Iceborne. For one, the set is not explicitly labeled as an Iceborne toy, but, oddly, only new monsters are featured aside from Barroth and Jyuratodus. If this is a confirmation that the pair will appear in the expansion, it’s also not clear whether they’ll be getting new subspecies or whether their original forms are merely migrating to the Hoarfrost Reach where Iceborne takes place. We do know that several original Monster Hunter World monsters are getting new subspecies, but neither of these two has been confirmed.

The two monsters look more or less identical to their base forms in the toys, which points to the idea that their original incarnations could show up in the new area. Barroth appears to be covered in snow in its model, but it could just be light-colored mud, which Barroth is known to cover itself in for protection. The Fulgur Anjanath included in the set is also listed as “Anjanath subspecies,” suggesting that the other two monsters from the original game would be labeled the same way if they were supposed to be new variants.

Of course, there’s also another possibility: This could be an odd choice to bundle a couple of original Monster Hunter World toys in with a batch of their Iceborne compatriots. With so many already revealed Iceborne monsters to choose from, it does seem strange that Barroth and Jyuratodus would be included if they’re not making the jump to the new game, but maybe their models weren’t flying off the shelves, and Capcom needed to get them off their hands.