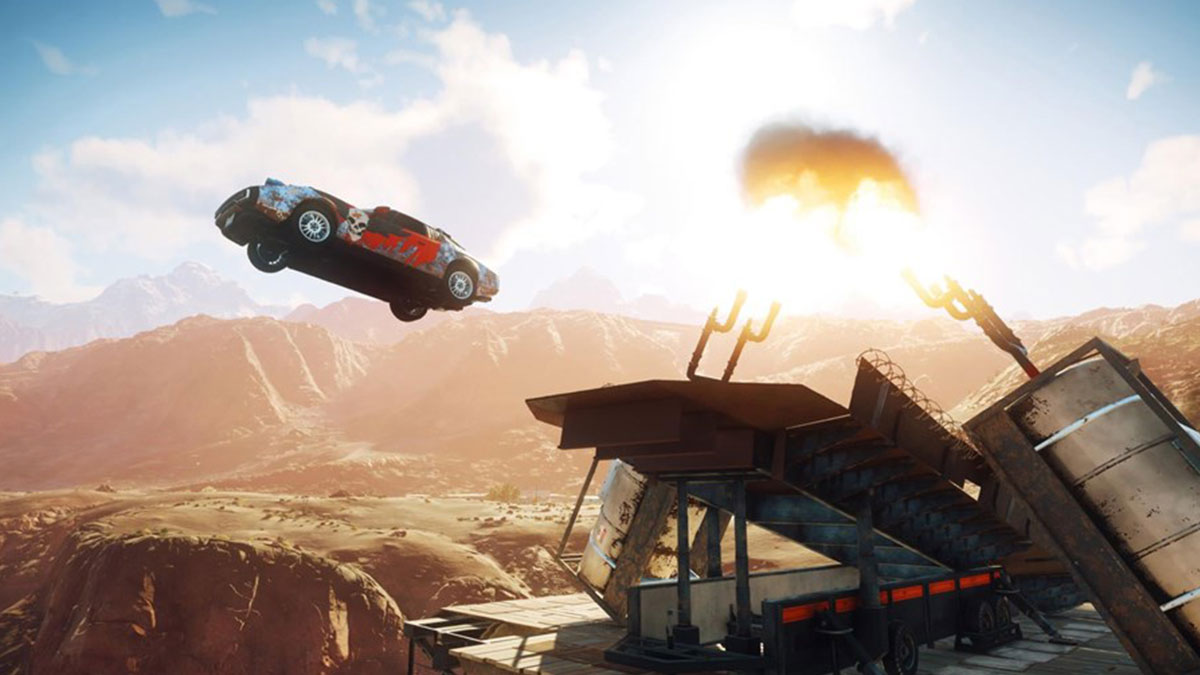 Paul Rustchynsky worked on PlayStation’s Motorstorm franchise before directing both Driveclub and Project Cars. Now Rustchynsky is doing something different with Just Cause developer Avalanche Studios. — and it’s not another racing game.

Avalanche Studios Group opened a new location in Liverpool in 2021, and Rustchynsky tweeted that the new team’s first game will be announced this year. Given those past projects, it would be easy to assume that another racing game is in the works, but that’s not the case. In a follow-up tweet, Rustchynsky “set expectations” by preemptively apologizing to hopeful Driveclub and Motorstorm fans and saying “I’m not working on a racing game.”

It’s also important to note that the Liverpool studio is not working on Avalanche’s Contraband, a co-op smuggling game that was first announced during Xbox’s press conference at E3 2021. This is “another new IP that’s yet to be announced,” said Rustchynsky in another response. Apparently “there are more projects being worked on at Avalanche than most people would expect.”

As for the Just Cause series (perhaps Avalanche’s best-known franchise), Just Cause 4: Reloaded was added to Xbox Game Pass last year. Contraband will also be releasing day one on the service, which you may expect considering it was announced at an Xbox press conference.