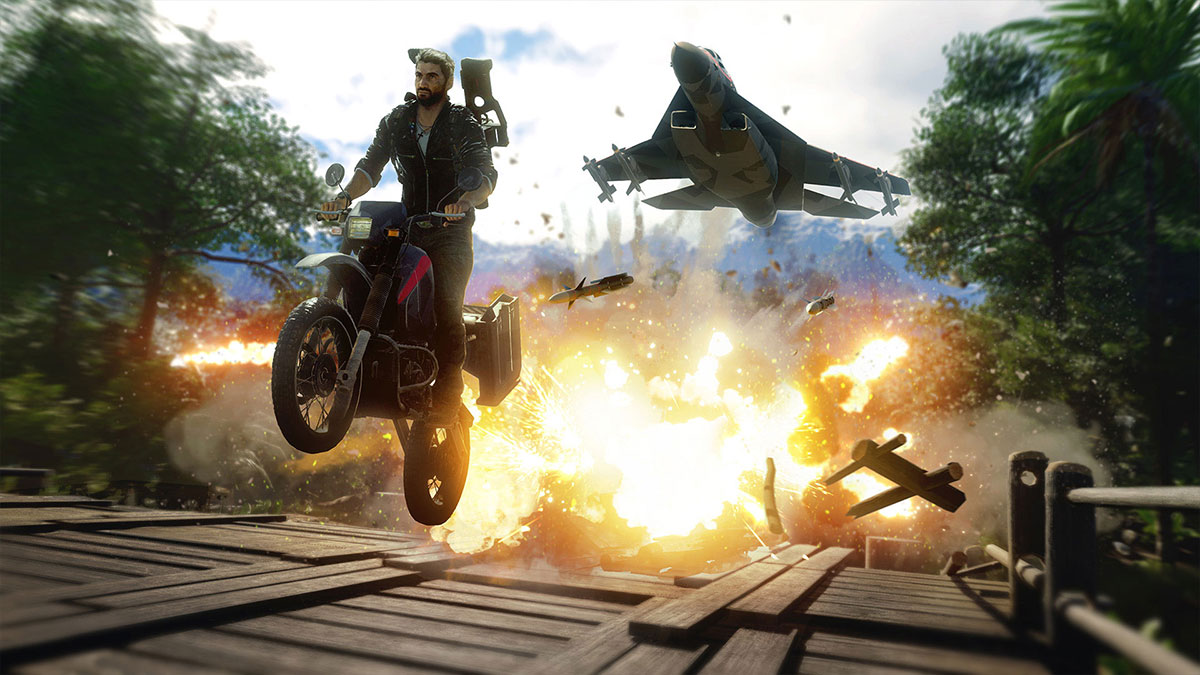 This year has seen a lot of video game studio sales and acquisitions, and one of the biggest involved Square Enix and its North American branches. The Embracer Group acquired Crystal Dynamics, Eidos-Montreal, Square Enix Montreal, and more for $300 million, and with that transaction came multiple video game IPs like Deus Ex and Tomb Raider. One that wasn’t included, however, was Just Cause. Not only did Square Enix hold onto that property, but it also just filed a new trademark for it.

As spotted by Gematsu, a trademark for Just Cause was filed with the European Union Intellectual Property Office. The trademark, as described on the EUIPO website, is intended to register Just Cause for “entertainment services,” which run the gamut of video games and music to TV and movies. That’s not to say that Square Enix is planning a multimedia approach to the Just Cause franchise; the trademark simply covers all of those avenues.

This also does not constitute the announcement of a new video game. Companies frequently register trademarks to cover themselves legally. That said, it’s pretty much guaranteed that Square Enix will release another full-fledged Just Cause game someday — it wouldn’t have held onto the IP otherwise. Just Cause Mobile is the next one in the pipeline.

Square Enix never did explain its reasoning behind selling off so many studios earlier this year, but at least the end result seems good for both parties. The financial success of Final Fantasy XIV in the previous fiscal year may have had something to do with it.

Things seem to be going well for folks involved with the Just Cause franchise too. At the beginning of the year (before any studios were sold off), MotorStorm veteran Paul Rustchynsky announced that he had joined Just Cause developer Avalanche Studios. A few months later, some founding members of Avalanche left to form Elemental Games. Their mission at the new studio is “to evolve the open-world genre.”