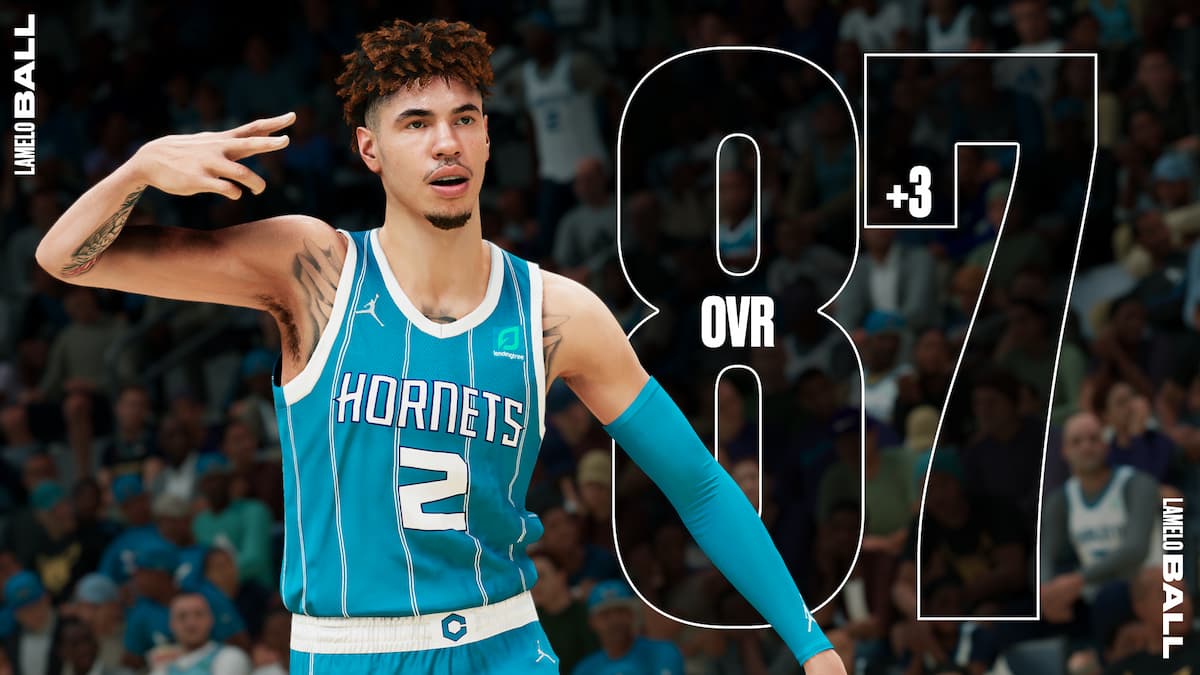 The first major NBA 2K22 roster update for the 2021-22 NBA season went live on November 5, and many players from across the Association received ratings boost. Several NBA players received an OVR boost of +3 or higher, including two of the league’s rising stars in Ja Morant and LaMelo Ball.

Morant, the second overall pick in the 2019 NBA Draft, continued his rise in the league over the first few weeks of the 2021-22 NBA season. Morant is averaging over 28 points per game as of early November, helping his Grizzlies team rise to sixth in the Western Conference. In recognition of his strong start, the 2K team gave Morant a +4 OVR boost. The Grizzlies guard now sits at an 89 OVR.

LaMelo Ball and the Hornets are off to a 5-4 start, and the younger brother of Lonzo Ball has gotten off to a very hot beginning. Ball now sits at an 87 OVR, a +3 OVR upgrade from his initial NBA 2K22 rating.

There were also some overall downgrades, with arguably the biggest one being dealt to Blazers star Damian Lillard. The NBA 2K21 cover athlete received a -4 OVR downgrade, as Lillard now sits at 90 OVR. Nets guard James Harden also received a multi-point downgrade, as he sits at a 90 OVR, as well. “The Beard” started the year at a 92 OVR.