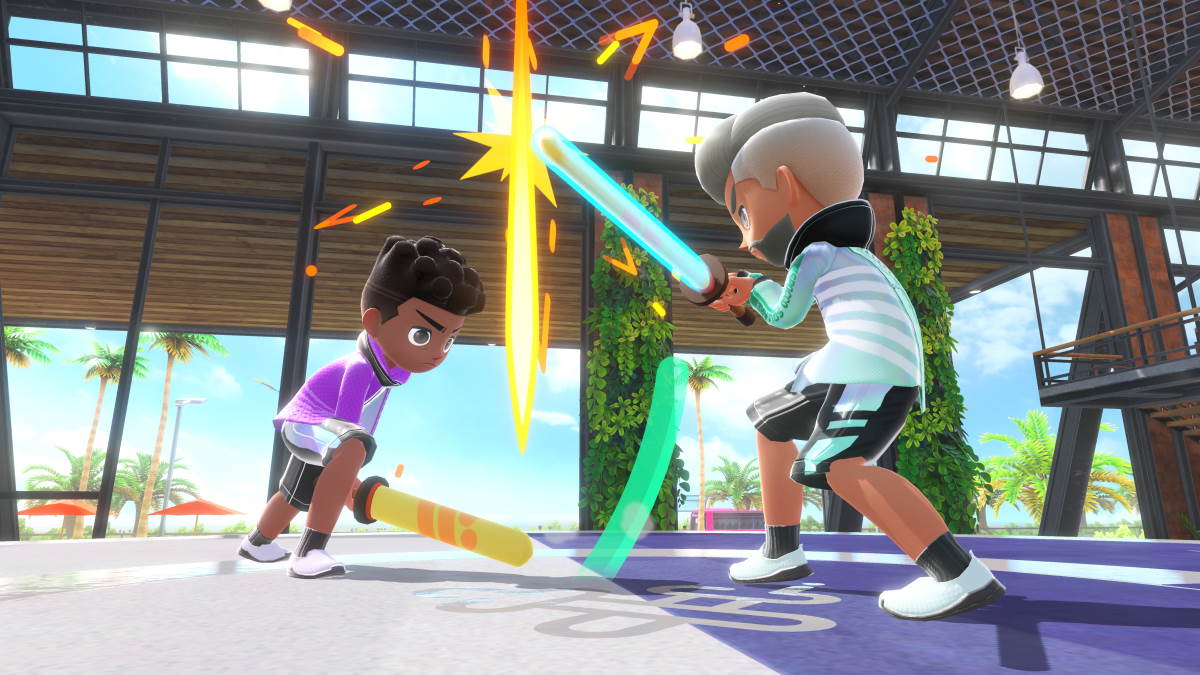 It is hard to believe how far the sports genre has come on Nintendo Switch. In the first few years of the hybrid console’s existence, players wanting to fuel their competitive fire were only given the option to play half-baked ports with PS3-era graphics or indie titles with small servings of modes and creativity. Fast forward to the present day, the genre now bears a handful of well-crafted titles for almost every sport.

What are the best sports games on Nintendo Switch

There’s certainly plenty worth your time, but here are the 10 best sports titles on Nintendo Switch, counting down to the absolute greatest.

The 8-bit top-down football gameplay first brought by Tecmo Bowl now lives on with its spiritual successor, Retro Bowl. The gridiron game revolves around a career mode that spans multiple seasons for players to draft rookies, sign free agents, and play every weekly matchup. Of course, it isn’t officially licensed by the NFL, though users have the freedom to change the name of every team and baller included in the game. It may be a stretch to say it fills in for Madden’s absence on the platform, but its simplistic controls and short matches are a thrill to have on the go.

Mario Strikers: Battle League doesn’t provide the wealth of characters or modes its predecessors had, but it certainly beats out any FIFA for the label of best soccer title on Switch. It continues the series’ beloved arcade format with games consisting of five-player teams with a range of items and special abilities to use on the pitch. Thus, you can expect each match to have its own exciting twists and turns. That said, it is best recommended for those who play online, as its Striker Club multiplayer mode allows up to 20 players to play full-blown seasons. Meanwhile, its single-player components only go as far as offering quick matches and a limited amount of tournaments.

A majority of the Switch’s best sports games are fairly young, but Golf Story continues to age like a fine wine. The top-down title fuses the legendary sport with RPG elements to deliver an explorable world with diverse courses. Best yet, it holds an empowering narrative that details the struggles of a lackluster athlete attempting to earn more than just his talents back. It is through this journey players will also increase their golfer’s skills by conquering its delightful side quests and mini-games.

Wii Sports may have been the driving force that helped sell over 100 million units of the Wii, though this doesn’t stop Nintendo Switch Sports from having its own respected personality. The family-friendly party game features six sports: soccer, volleyball, bowling, tennis, badminton, and swordplay. In each sport, players will be able to utilize its impressively accurate motion controls to take down AI-controlled competitors, friends, or even strangers online. However, as it is no longer 2006, the latest entry has a larger emphasis on multiplayer, including a ranked Pro League component that rewards several gorgeous cosmetics for avatars.

Despite its wacky art style and mind-bending gameplay concepts, you should not underestimate the genius that is Windjammers 2. It is centered around two players chucking a frisbee back and forth, with each attempting to get it past their competitor. However, this concept becomes even more convoluted when considering these players are actually fighters using their own unique attacks to get the frisbee to move in unpredictable directions. This alone can have players glued to their screens for hours, and there is a range of solo and multiplayer modes to ensure that happens.

Super Mega Baseball 3 is a comedic take on a slow-paced sport that any Switch owner can enjoy. From its colorful broadcasters, and peculiarly large character models, to its high-scoring games, it is hard not to see its resemblance to the NBA Jam franchise. However, the title is far more in-depth. Super Mega Baseball 3 includes everything from Online Leagues, a multi-season Franchise mode, and even a portion for custom offline tournaments. Players desiring to jump into one of these can also customize every team’s jersey, name, and logo, making it possible to create any league imaginable.

Tony Hawk’s Pro Skater 1+2 is clear proof that ports on Switch can indeed run well and look drop-dead stunning all at once. The package also features everything adored from the two classic skateboarding titles, though with even more skaters, tricks, and music. If that’s still not enough to rope you in, you can expect to roam on both games’ memorable levels with online multiplayer and split-screen capabilities. In sum, Tony Hawk’s Pro Skater 1+2 makes for an excellent sport and party title.

After almost a decade without a baseball simulator, the Switch had finally ended that drought with the grand introduction of MLB The Show 22. The title lends everything from its iconic card-collecting Diamond Dynasty mode, a Franchise mode with enough detail to overwhelm even the most diehard MLB fan, and crossplay functionality. Yes, this version does have some presentation hiccups — most dealing with frame drops. Albeit, developer Sony San Diego has somehow transported its addictive gameplay and modes to the console with flying colors.

Since 2017, the NBA 2K franchise has served up respectable Switch ports with smooth hoops gameplay and the same modes included in other versions. NBA 2K22 is no different, giving players full access to MyTeam, MyCareer, and the MyNBA mode with no shortcuts made to any of them. So much so that it is safe to say NBA 2K22 holds higher replayability than all other games on the list, with each mode bound to keep you busy for hundreds of hours.

Mario Kart 8 Deluxe will likely hold this top spot until the end of time, and it only recently made that abundantly clear. Aside from offering a whooping 12 different cups to play in, the immaculate kart racer is also slowly dishing out 48 more tracks as part of its Booster Course Pass DLC. As a result, players can dive into additional cups and plenty of new race experiences online, more than five years after its release. Outside of racing circuits, Deluxe also brings back arena-based maps for the Battle Mode and stretches the roster to fit over 40 characters from the Nintendo universe.