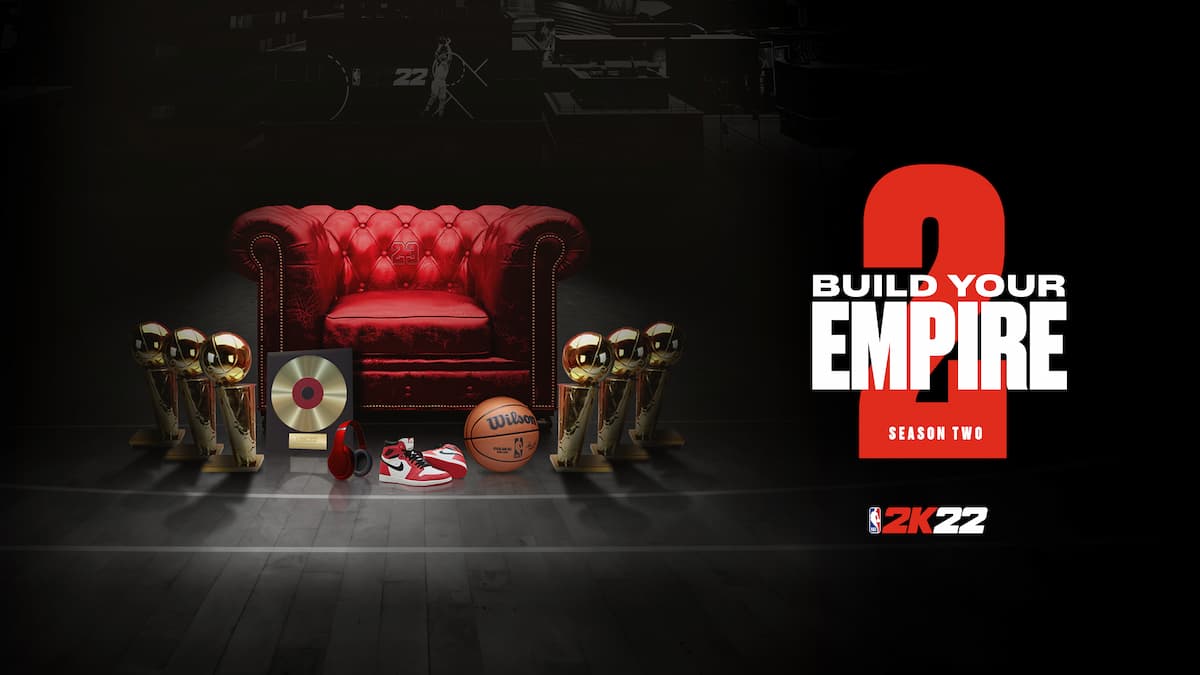 One of developer Visual Concepts’ biggest pushes for NBA 2K22 was the addition of Seasons to every mode in the game. With 2K21, Seasons were only seen in MyCareer, but this year, the developers have added them to MyCareer, The City, and The W. Season 1 is winding down this week, so 2K has shared some details about what players can expect when Season 2: Build Your Empire kicks off on October 22.

Season 2 is all about turning your player or team into a superstar force. In MyCareer and The City, that means all-new daily and long-term quests which will have you flying up the reward pass. Visual Concepts is also introducing the Rebirth feature, giving you the option to boost a new character to 90 OVR. This lets you reset your player to a new position or build without having to do as much grinding (or spending). You do already need a 90 OVR player to unlock the boost, but it’s a welcome addition for players looking to mix things up.

Over in MyTeam, players will be welcomed to big changes to some of the online modes. No longer will you lose points in Triple Threat Online: The 100 when you win games. This should make getting to the top of the reward board much easier for good players. They’ve also gotten rid of the need to go a perfect 12-0 in Unlimited to get the top rewards. Now, you have 16 games to get 12 wins, and they’ve added a new tier that asks you to get 65 wins from 82 games to get a big XP boost for Season 3.

Visual Concepts is also adding a new Domination set, which will reward players with new Player Coach Cards. So, if you’ve always wanted to be coached by Dennis Rodman, your wishes have been answered. There are also new additions to The Exchange, a full current player card set to celebrate the start of the NBA season, and a host of Pink Diamond cards to earn, including a 96 OVR Kevin Garnett.

The W Online is also getting a few new rewards, though it’s not nearly as robust as the other modes. Finally, everyone can enjoy the new set of tracks 2K22 is adding thanks to its Columbia Records partnership.