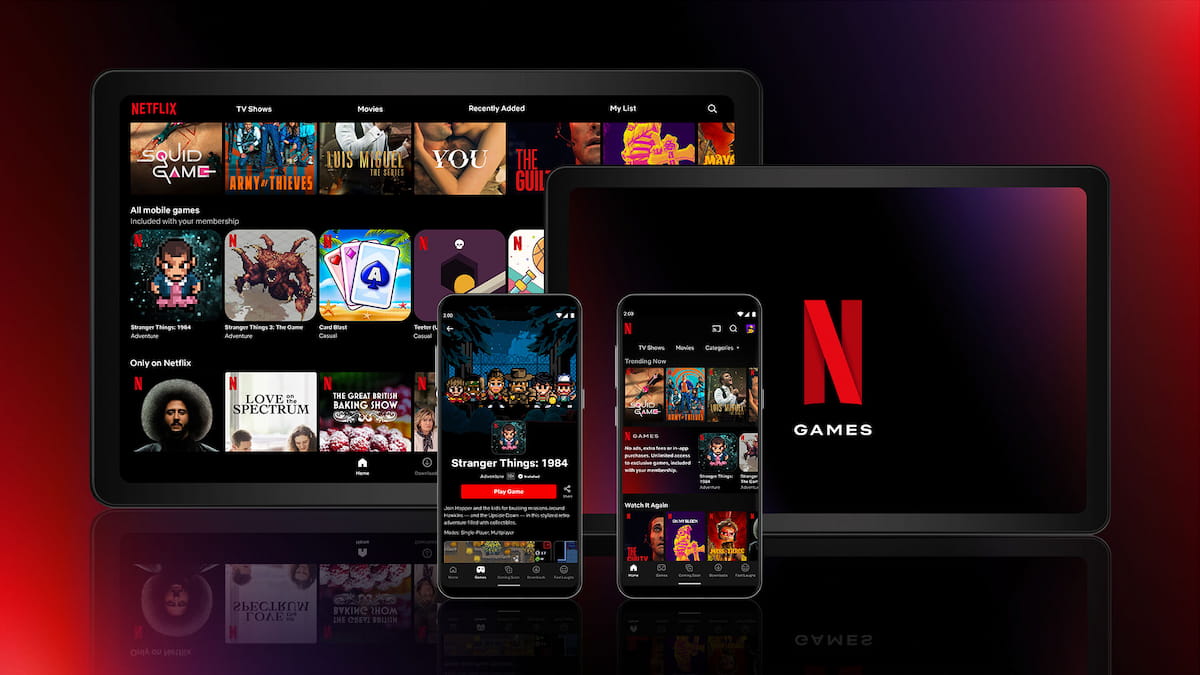 Months after the initial reveal of its forays into the video games industry, Netflix now appears to be ready to show off its new gaming service. The streaming giant revealed today that its new Netflix Games platform will launch tomorrow via its mobile app, with five games ready to play from the get-go.

All those stories of the company quietly snapping up development studios appear to finally be coming to fruition: launch titles for the service will include Stranger Things: 1984, Stranger Things 3: The Game, Shooting Hoops, Card Blast, and Teeter Up. And if that doesn’t pique your interest just yet, Netflix promises there is “a whole lot more coming.”

A blog post on Netflix’s site delves into a little more detail about the service. Games will be available through any adult profile on the Netflix app, although only on Android for now. More importantly, the company emphasizes that your regular Netflix subscription will be the only money-changing hands. That means, as the company categorically states, “no ads, no additional fees and no in-app purchases.”

There are often teething problems involved in a company’s transition into the gaming industry, as Amazon has been discovering as it scrambles to deal with the issues surrounding its ambitious MMO New World. Netflix seems to be starting small, which may prove to be a boon, but ultimately consumers will be the judge of the company’s newest venture.