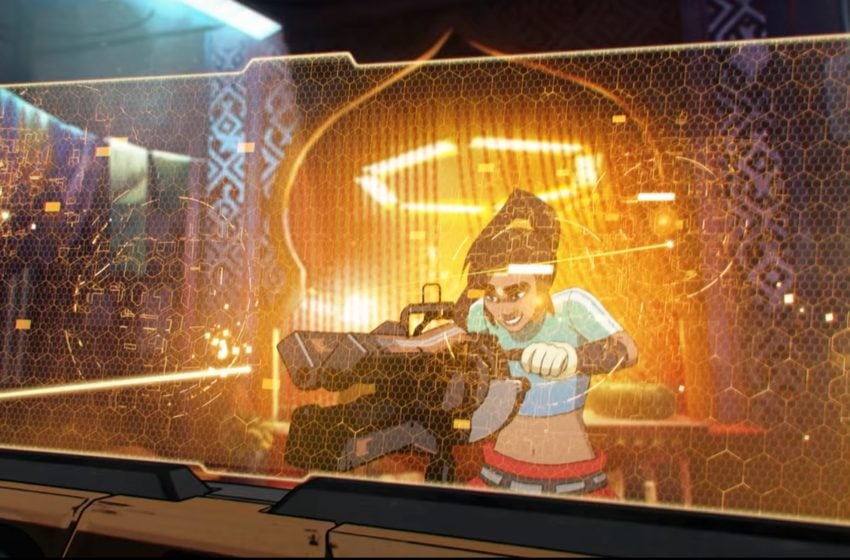 Apex Legends Season 6 is just around the corner, and in their customary fashion Respawn just released a new cinematic trailer to show off upcoming legend Rampart. The trailer is packed with little teasers and Easter Eggs, but mostly it explains who Rampart was before she joined the Apex Games, what her abilities will look like in Apex Legends, and how she got to know Kuben Blisk.

Some things are definitely worth taking note of. First, we get to see slightly younger versions of legends Gibraltar and Bangalore. Interestingly, it’s those two specifically, since they are the two legends with missile strike abilities, one of them actually sharing her name with a missile. It’s almost like the start of a joke: two missile mains walk into a weapon shop.

Speaking of weapons, in the background of the trailer, can be spotted a number of Titanfall weapons, including the upcoming Volt SMG. If you pay attention, you should be able to spot at least one more Titanfall weapon which is yet to make its way to Apex Legends.

At the end of the trailer, we get to see how Kuben Blisk and Rampart meet, as he personally handpicks her for the Apex Games. This serves as a nice lore verification of the many recent Blisk-Rampart teasers spotted by Apex Legends players around World’s Edge.

Apex Legends Season 6 drops on Aug. 18. Keep your eyes open for at least two more trailers, one of which will be the Rampart gameplay reveal.