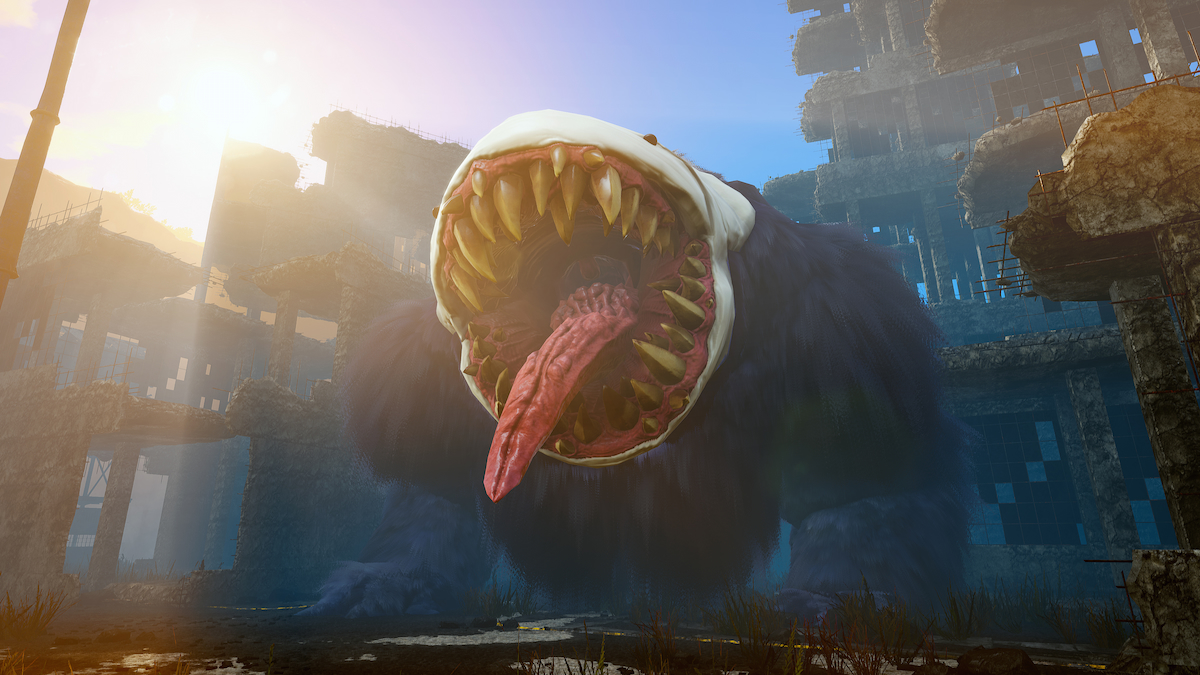 So far, we’ve only known that Biomutant, an upcoming open-world RPG from Experiment 101 and THQ Nordic, was about little furry creatures with big guns. Today, it became clear that there’s a lot more to the game than just shooting stuff up as a rodent. Thanks to an exclusive video from GameInformer, we now have a good look at what Biomutant will play like. Don’t worry, players can still shoot things up, but there’s a lot more to do in between the action.

The video starts with some combat, which shows plenty of gunplay. However, players have more options for taking out enemies than just bullets. Fighting against a Guerilla Miniboss and some other smaller enemies, the player jumps around, shooting from the air. When enemies get too close, though, they whip out a flaming sword, unleashing large, spinning attacks. When the time comes to get back to shooting, the player dodge rolls away from enemies to a safe distance.

There are also apparently abilities that players can activate to give themselves an edge over enemies. One such ability, called “Super Wung-Fu,” slows down time, giving players the chance to riddle enemies with holes or rush up to them with a flurry of melee attacks.

Once the Guerilla miniboss is down, we also get a first look at the game’s loot system. By interacting with the giant creature’s corpse, the player gets a leveled strawtop shirt. In the bottom left, we can see that items will do more than defend players, granting them additional buffs. In this case, wearing the strawtop will get the player 38 percent more loot chance.

Following the mini-boss fight, the video moves swiftly into discussing Biomutant’s open world. The game will have seven different biomes, ranging from innocuous to outright dangerous. We don’t get to see too many, but some will reflect normal different biomes, like plains and mountains.

Of course, players won’t have to get around Biomutant’s large world on their tiny legs. There are several ways to get around the game’s open world. There are gliders for traveling far distances by jumping off cliffs, small jet skis for traversing toxic waters, and even massive robots that can quickly take out enemies and cross distances.