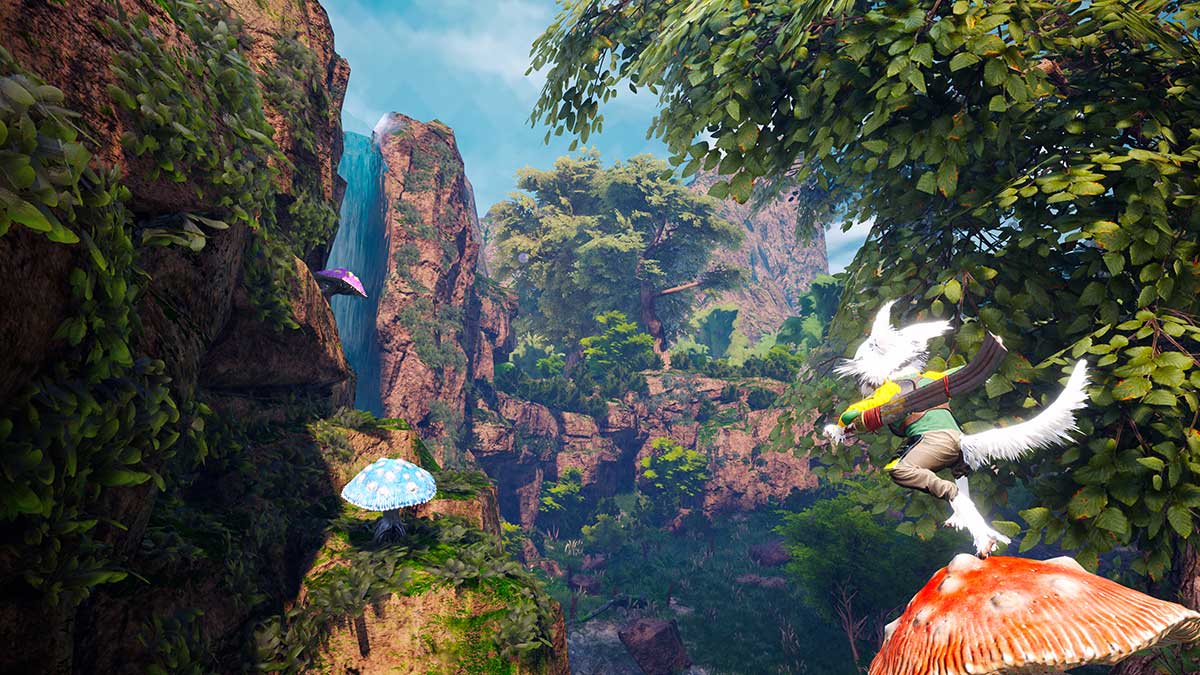 A brand new trailer for Biomutant has been released. The Wonderful World trailer focuses on the game’s open-world that players will be exploring when it’s released for all major platforms on May 25.

Unlike many of the other trailers for Biomutant, this one is incredibly relaxing. It looks at a few of the different biomes players can explore and the ruined cities that nature has almost completely reclaimed. Since these aren’t based entirely in the real world, the buildings have an alien feel that keeps the post-apocalyptic theme interesting.

In addition to a relaxed view of the game world, this trailer provides a better look at some of the game’s features. You can see a couple of gliders being used to traverse the world, making flying between buildings or scaling wreckage much easier. These seem to take man forms, from a Ratchet and Clank style helicopter pack to a suitcase powered by wind.

A vendor is also on show for a few seconds. The food truck it’s based in will no doubt provide health, stat boosts, and much-needed sustenance after hours of traversing some of the more hellish biomes. A number of these biomes are briefly explored in the trailer as well. One is clouded with green fog and looks extremely toxic. A second biome has veins of glowing red material that looks to make the environment hostile to any life that hasn’t adapted to the radiation it’s giving off.

Finally, we’re given a glimpse of the other sentient life we’ll be coming across in Biomutant. There’s a blacksmith hammering weapons in the ruins of an old forge and even a small regiment of soldiers standing guard before a settlement. Possibly a sign that war will come to these areas over the course of the story.