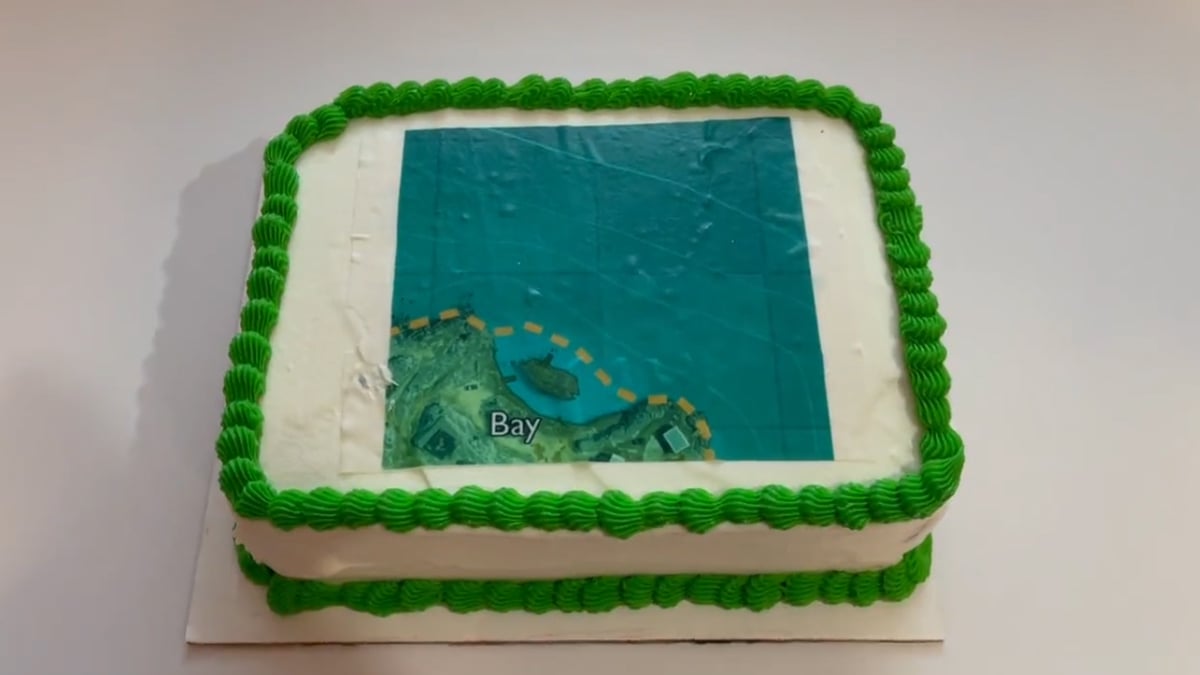 Most Call of Duty players probably wouldn’t describe Warzone as “delicious,” but some new teasers going around certainly do look tasty. A new Warzone map is on the way, and it’s being teased with cakes. Insert obvious Portal joke here.

The first of these cakes was shown off on Twitter by Call of Duty YouTuber @JGODYT. As JGOD ponders in the tweet, this might just might have something “to do with [a] new map that is supposed to be fast paced and close quarters.” The attached video includes a quick glimpse of the cake, which has a portion of said map printed on its frosting. It shows the border of the map overlooking the water, with a point of interest called “Camp.”

Streamer @BearPigCentral was next to share a tasty tease. BearPig’s tweet contains the same kind of language as JGOD’s — in case you weren’t already sure this whole thing was deliberate. This second cake shows another portion of the map, this time with a “Bay” POI.

After BearPig came @LuckyChamu, another Call of Duty content creator. While their tweet wasn’t worded as clinically as the previous two, it does show yet another portion of the map. It’s a longer look than the others, showing off a POI named “Town” in what seems to be the northwest corner of the new map.

@CharlieIntel, Dexerto’s Call of Duty headquarters, has begun collecting these images in a thread, giving a concise look at all the map portions revealed so far. Other POIs labeled “Terraces” and “Smuggler’s Cove” can be seen. It also helps give a sense of the scale of the new map.

Altogether, these teases seem to be assembling the new Fortune’s Keep Warzone map. The smaller, more close-quarters approach echoes what Call of Duty previously did with Rebirth Island, offering a more condensed alternative to the original Verdansk map. Fortune’s Keep will presumably do the same thing for Caldera.

Of course, Warzone 2.0 is also on the way, though there’s no set release date for the battle royale follow-up just yet. Funny enough, its map (which reportedly doubles as Modern Warfare 2’s DMZ multiplayer map), has also been seen online in mock-up form. Warzone 2.0 is said to be getting a second map as well.