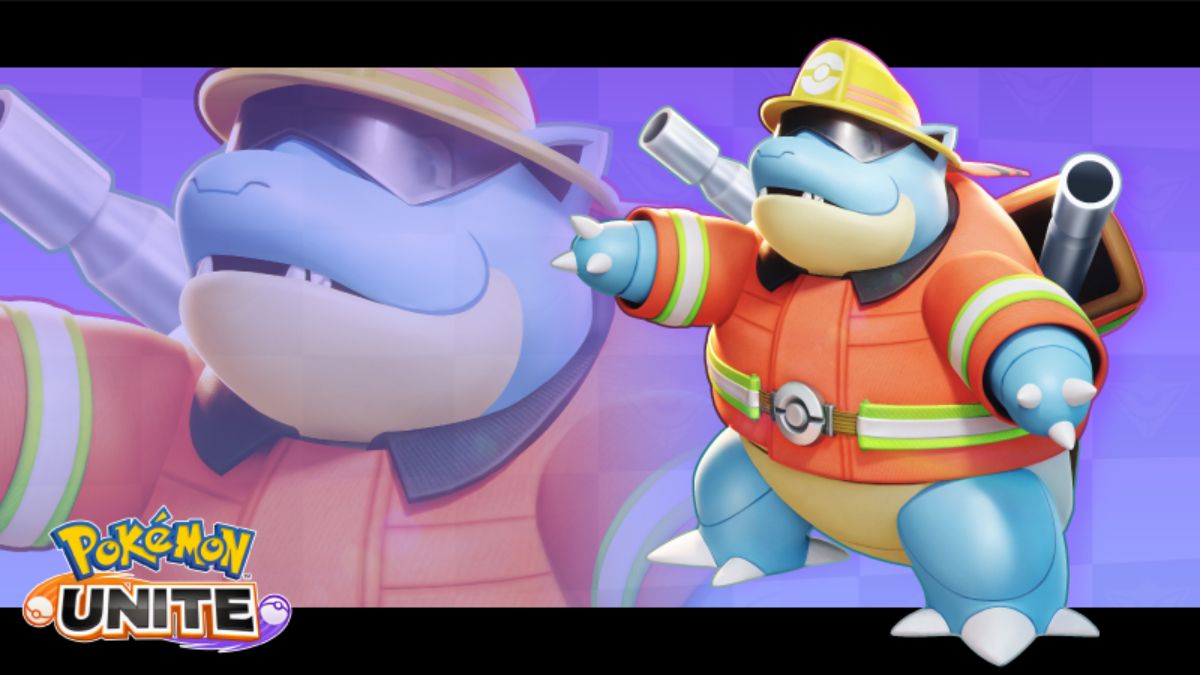 While Pokémon United is a fun battle arena, the game has stood out for its alternate costumes of some of the most beloved Pokémon ever. The alternate costumes are referred to as Holowear, and some of them can cost a lot of real-world money to obtain. Fortunately, many Holowear can be bought with in-game currencies and look great on the Pokémon models.

Developers TiMi Studio has released a brand new Holowear that players can receive right now — Firefighter Style Blastoise. This new outfit has everyone’s favorite giant blue turtle dress up with a firefighters’ jacket and hat. Blastoise even has a pair of shades to cover his eyes, referring to the Squirtle Squad sunglasses from the anime.

Firefighter Style Holowear for Blastoise will be available at Zirco Trading, and it will cost 1,200 Aeos Gems. Currently, there is no other way to buy the outfit. The Firefighter Holowear will give Blastoise unique KO and movement animations. Blastoise pre-evolved forms Squirtle and Wartortle will not receive matching outfits.

Blastoise was not part of the initial line-up of Pokémon Unite but was quickly added later on. Blastoise is a flexible, Ranged Defender Pokémon with great potential to cause a lot of damage.