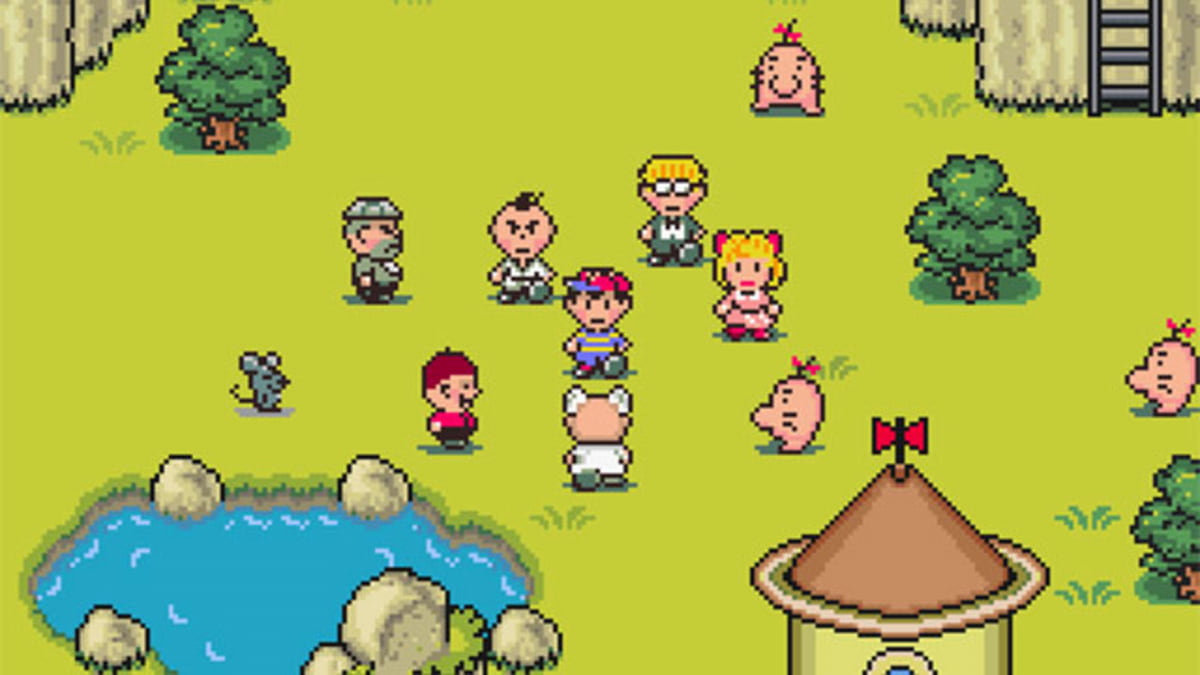 Official EarthBound merchandise has shown up within Nintendo Rewards, and that has excited more than a few fans about the possibilities. There are two EarthBound pieces of merchandise that have arrived, a beautiful embossed notebook for 400 Platinum Points, and an EarthBound Phase Distorter luggage tag for another 400 Platinum Points. These products celebrate both EarthBound Beginnings and EarthBound, available on the NES and SNES of Nintendo Switch Online services, but some fans are speculating that something more is behind the merchandise drop.

To be clear, there is nothing forthcoming from Nintendo that has officially verified the arrival of a new EarthBound game. There is, however, a historical precedent for Nintendo dropping relevant apparel and products for games that are soon going to be announced, or have been announced, to drum up additional hype. This seemingly errant thought is now spiraling into a clamor as people clamor for more RPG-goodness that fell off the face of the earth after Mother 3, which released in 2006 for the Game Boy Advance and Wii U without a proper western port.

Creator of the EarthBound series, Shigesato Itoi, has stated that he would prefer that the series lay dormant, with no further entries following Mother 3. The idea that the much-beloved franchise is simply doomed to expire on the shelves of yesteryear never sits too well with the fandom, however, and that has whipped up many fans into a frenzy over these EarthBound products. At the very least, Nintendo has clearly not forsaken fans of the franchise entirely, and it has been suggested by some fans that this is to gauge remaining interest in the series that began in 1989.

In terms of guarantees, there are very few offered with this merch drop. First, EarthBound still clearly has fans alive and well across all spectrums of the internet. Secondly, Nintendo is willing to commit funds towards EarthBound. Whether this can turn into something greater, is little more than a giant question mark.