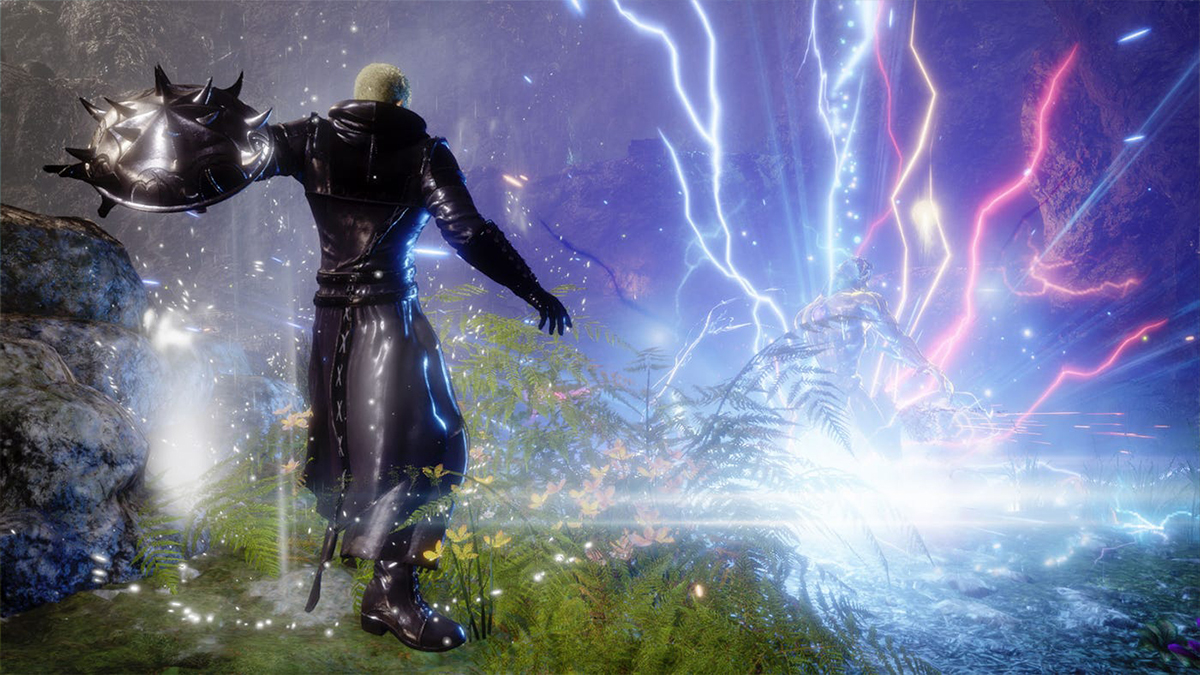 In the first demo, the heroes could take on the role of Swordsman, Mage, or Lancer, each with their own respective strengths, weaknesses, and perks. Swordsmen fight with large greatswords, Mages focus on magic spells, and Lancers can actually throw their weapon javelin-style at the enemy. This job list has increased for the second demo, with new options like the Duelist, Pugilist, and Thief. Duelists, as you might guess, fight with duel blades. Pugilists let their fists do the talking, and Thieves can move nimbly and steal items from enemies.

You’re not limited to just a single job, though. Two can be equipped at a time, and switching between them on the fly adds deeper levels to combat. It’s akin to the Stance system in Nioh — quite appropriate considering Final Fantasy Origin is being developed by the same studio behind Nioh, Team Ninja. It’ll be exciting to see more of these jobs (and their advanced forms) in action when the full game launches. Final Fantasy has a long history of jobs, dating back to the very first game, which offered the Black Mage, White Mage, Red Mage, Blackbelt, Fighter, and Thief.

As for that Final Fantasy Origin release date, the action game is headed to PS5, PS4, Series X/S, Xbox One, and PC on March 18, 2022. The new demo is available now through October 11, so you’ve got a little bit of time to try it for yourself and hear the voice cast in action.