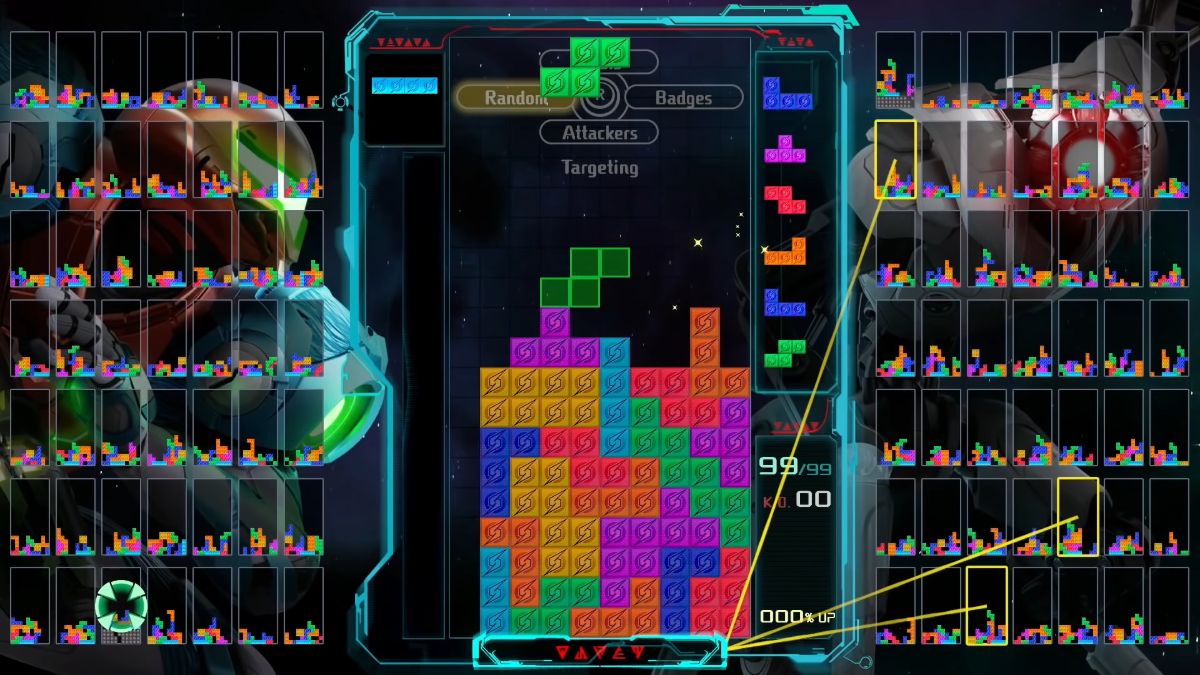 Tetris 99 has proven to be a very successful battle royale-like game for Nintendo. The game has gotten continuous support since it was first released on the Nintendo Online service in February 2019. There have now been 25 online tournaments known as Maximus Cups, with an upcoming 26 just being announced.

Maximus Cup is often used to cross-promoted other upcoming games for the Nintendo Switch. There have been 25 previous Maximus Cups, with the last two being themed after WarioWare: Get It Together and Monster Hunter Rise, respectively. Participating players of those tournaments were able to win in-game themes, artwork, and music based on WarioWare and Monster Hunter.

The newly announced Maximus Cup 26 will be themed around Metroid Dread. The cup will start on October 29 at 12 AM PT and last until November 1 at 11:59 PM PT. Dread is a very atmospheric game, so it’s a fitting focus of a tournament during the Halloween weekend. Tetris matches will showcase Samus and the robotic menace EMMI in the background artwork.

Like past cups, participating players can earn points by playing in different matches during the tournament’s timeframe. How many points they earned is determined by what rank they will get in each match. Earning 100 points in the Metroid Dread Maximus Cup will reward players with an exclusive in-game theme.