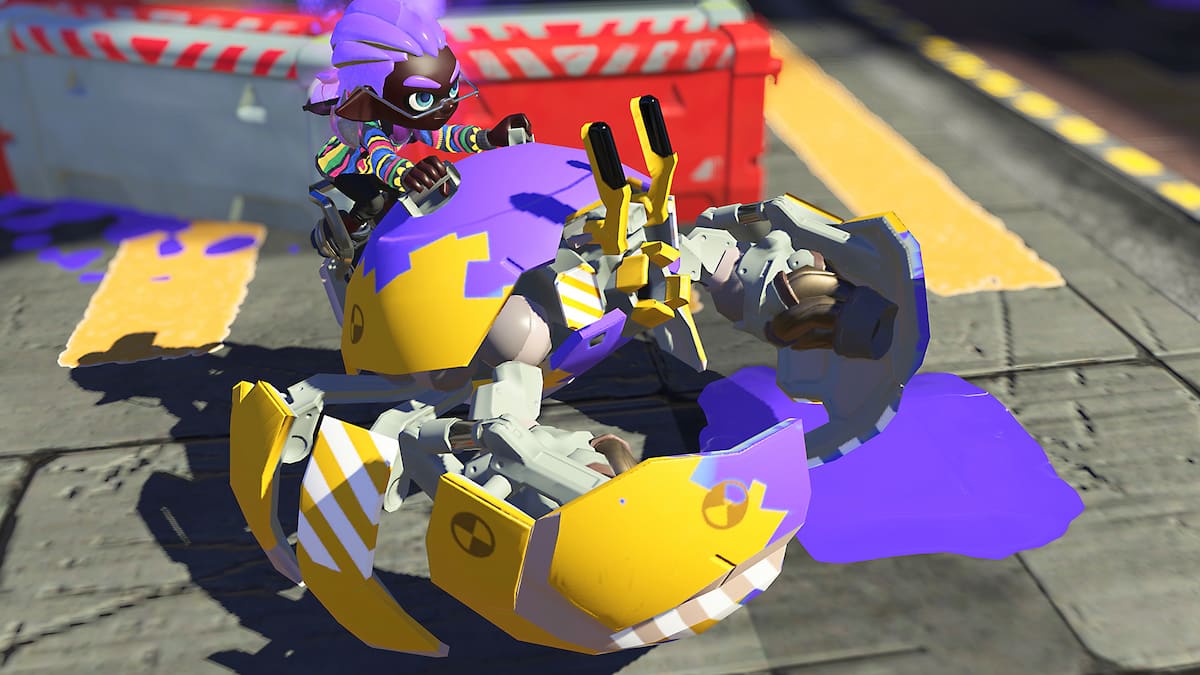 Nintendo took to Twitter today to highlight the latest and greatest in squid technology, giving a closer look at two of the newest special weapons that will be appearing in Splatoon 3.

Described as a “multi-legged vehicle,” the new Crab Tank features a gun capable of rapid-fire delivery, as well as a cannon that offers a wider blast area with its shots. When they need a speed boost to get out of fights, players can also curl up into a ball and roll around the battlefield while piloting the Crab Tank, similar to the character Wrecking Ball from Overwatch. Plus, it looks like an adorable robotic hermit crab, which is the real reason to choose it.

The other new weapon shown transforms your Inkling into a Zipcaster, a “shadowy warrior.” As a Zipcaster, your Inkling will have access to a stretchy tendril that allows them to latch onto surfaces like a grappling hook, offering new strategic advantages as it can let you get the drop on your enemy. When the weapon is depleted of ink, you’ll be returned to where you originally transformed, preserving your secret identity.

Nintendo will hopefully keep a steady influx of Splatoon 3 announcements coming to help satisfy fans. The game still doesn’t have a solid release date, but we know it’ll be hitting Switch sometime next year.