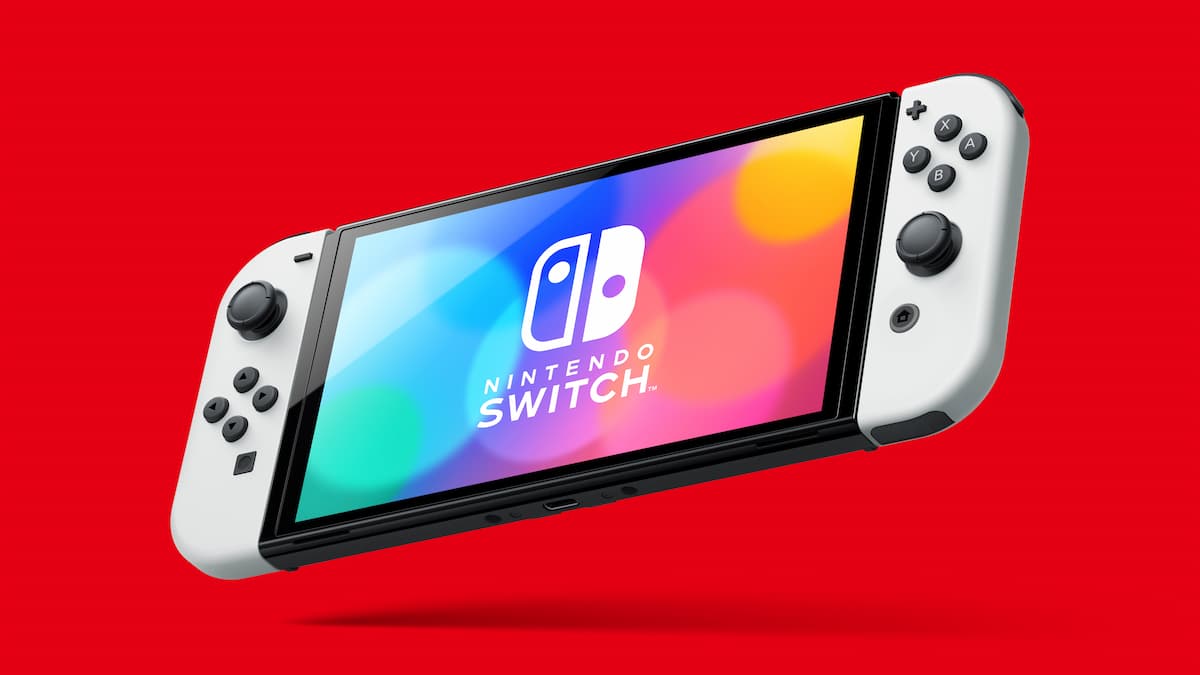 After months of a game of “the announcement will definitely be tomorrow” for the long-rumored and reported “Nintendo Switch Pro,” Nintendo announced the newest iteration of the Switch hardware. The aptly named Nintendo Switch (OLED model) boasts a 7-inch OLED screen and comes with a number of small but significant enhancements that address some pain points for Switch owners.

The OLED Nintendo Switch will be available on October 8, the same day that Metroid Dread releases. The upcoming Metroid title’s art style and color scheme should prove as a showcase for the OLED Switch’s “vibrant OLED screen,” along with the system’s “enhanced audio.” The resolution at handheld mode will still be 720p, according to technical specifications that Nintendo released.

Other improvements that come with the model include a wider adjustable kickstand and an internal storage of 64 GB. Additionally, the new dock incorporates a LAN port for wired internet connections. Luckily, previous accessories and Joy-Con controllers will still fit with this new OLED Switch model, though a model featuring white Joy-Con and a white dock will be available at launch. With an increased retail price of $350, this is an addition to the “Nintendo Switch family” and not a replacement for the original model.

Nintendo fans should rest easy now that a new Switch model is finally in the books, although those expecting a Switch with greater graphical abilities will sorely be disappointed and express their distaste online, as one does. Still, a new OLED model should prove to be a smart middle ground that gives Switch owners an improved experience while also not splitting the player base with potential compatibility issues — assuming those who upgrade are okay with spending a little extra.