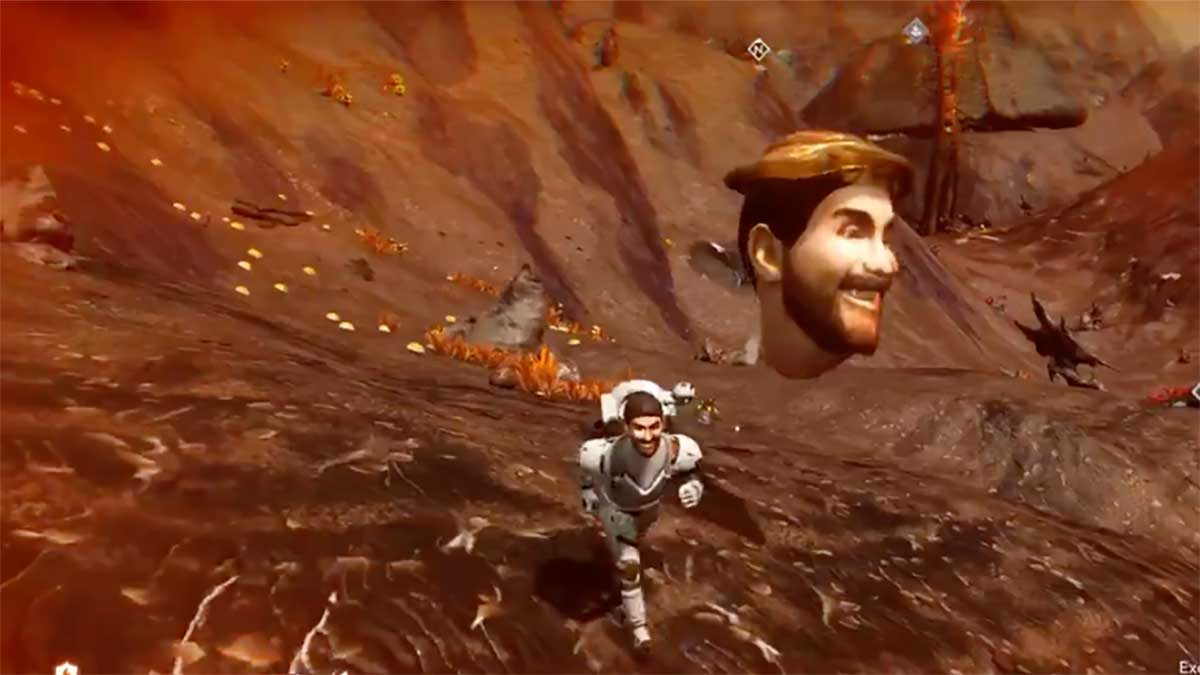 Last week, No Man’s Sky director Sean Murray posted the eyes emoji to tease No Man’s Sky Frontiers. While fans expected the update to arrive that day, nothing came. So now, one player is steadily modding Sean Murray’s face into more of the game until Hello Games releases the update.

Twitter user @WSLTP began posting updates on the third day without an update to No Man’s Sky. They published a short video on their profile that shows Sean Murray’s head over the texture of a huge blob on one planet. That blob is then tamed and brought back to their base as a pet.

The most heinous of all these creations came on the fourth day without an update. Murray’s head was applied to the texture for the Wire Cell Biome, creating a mess of what looks like TV screens showing various haunted versions of the man’s face.

Today’s video was made for the fifth day without an update. It shows a similar Murray head blob to day three, but this one can fly. The player even seems to have located the flying fart fish and used the texture to have Murray’s head endlessly farting itself around a distant world’s atmosphere.

This is all made possible thanks to a mod that adds Sean Murray’s head to the game. Obviously, the intention was to make every player Sean Murray, but this fan has taken things to the next level. However, the post has attracted the attention of the Hello Games founder, but the response probably isn’t what they wanted it to be. Murray simply says “no surrender,” indicating that Frontiers will not be launching today.