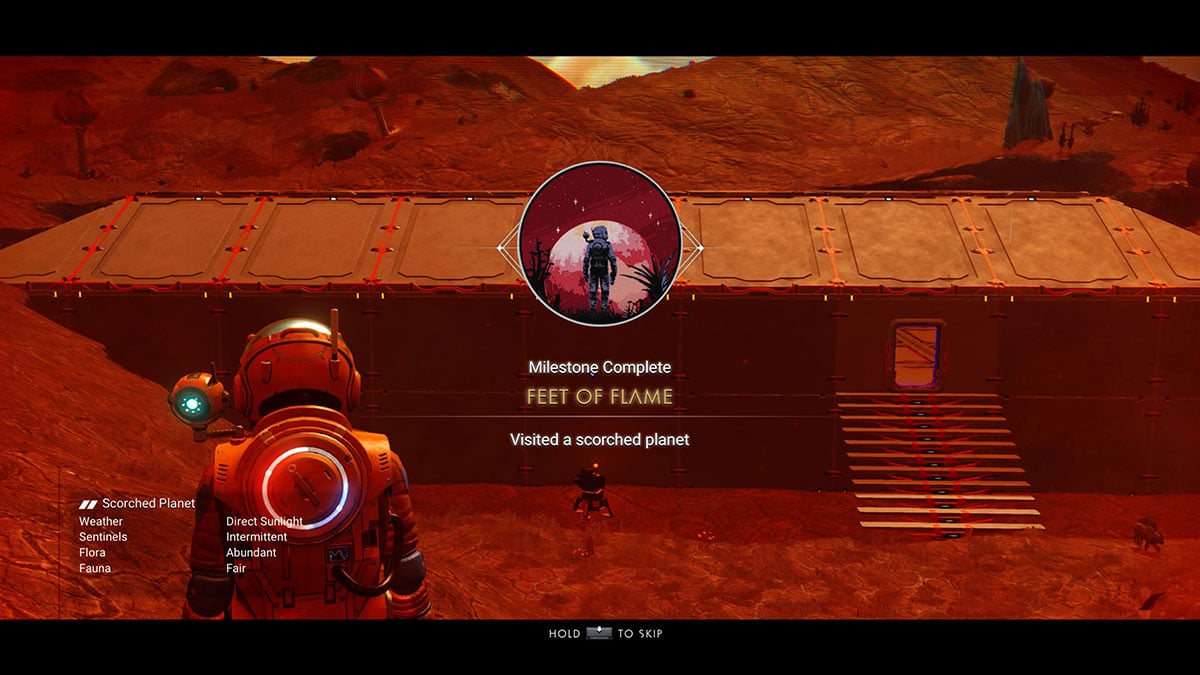 It has now been officially confirmed that the latest update for No Man’s Sky is called No Man’s Sky Prisms. Murray’s post on Twitter is clearly a direct tease for this. While it isn’t a new Expedition, the update does include fixes for future Expeditions.

Hello Games founder Sean Murray has caused a stir among No Man’s Sky players with a post on Twitter once again. Today’s tweet has split the fanbase right down the middle. Some believe it could be a teaser for No Man’s Sky Expedition: Three, while others see it as a simple nod to Pride Month.

The tweet in question wouldn’t gain so much traction if it were from anyone else. It’s a symbol of a white triangle with a rainbow of colors flowing into it from the left. The Rainbow Flag emoji with a separate shape to its right. It bears a striking resemblance to the cover art for Pink Floyd’s Dark Side of the Moon, but the colors are flowing into this prism from the left, not out of it from the right as they are in that famous album’s artwork.

Murray is well known for posting cryptic teasers for new content in the space exploration game. Before Expedition Two: Beachhead, he posted a beach emoji alongside a curious face. In hindsight, it’s clear that this is a reference to the Expedition, but at the time, players had no clue what it meant. The same is true now.

On NoMansSkyTheGame sub-reddit, players have already begun discussing the tweet. Half of the community don’t want to get too excited and call it a reference to Pride Month, while the other half are diving deep into the game’s latest update, which arrived today with no fanfare. This update seems to address DLSS in No Man’s Sky, but that hasn’t stopped players from exploring what the potential teaser could mean.

One theory suggests that the combination of a flag and ship (triangle) means that Expedition 3 will be called Flagship. With this in mind, it’s thought that the Expedition could focus more on capital ships and fleets in preparation for a coming war. In terms of lore, this would make sense since players could get themselves the Normandy SR1 in Expedition 2: Beachhead.

Expeditions are still new to No Man’s Sky. The pattern so far gives players a two-week window to complete an Expedition before it ends. The gap between the end of #1 and the start of #2 was roughly a month. If Expedition 3 were to follow this formula, it would launch at the end of June. However, today’s post seems to suggest otherwise, and with so little data to go on, there’s no reason that a new Expedition couldn’t launch this week.