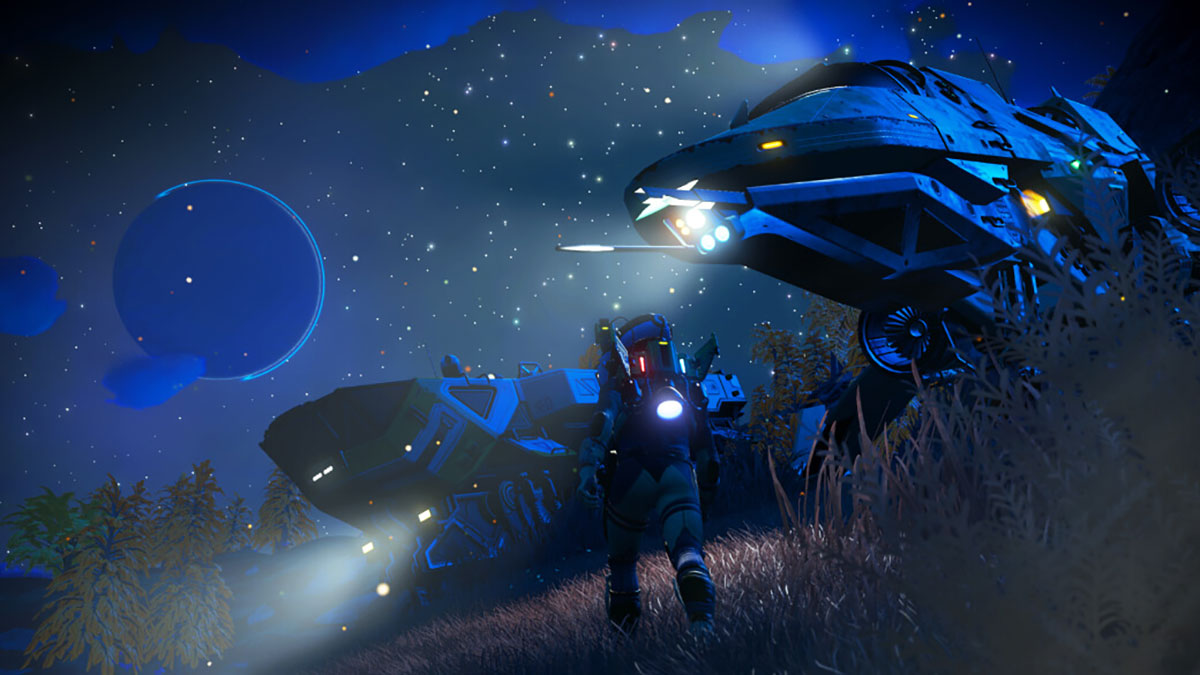 It turns out that Sean Murray wasn’t teasing a new Expedition or referencing Pride Month in his post on Twitter earlier today. In fact, the emojis used were a direct tease for the No Man’s Sky Prisms Update. This is Update 3.5 for the game and focuses on enhancing visuals across the board whilst throwing in some new, enjoyable game mechanics.

Volumetric lighting makes bioluminescent flora feel more alive and gives Sentinels a menacing glow that suits their place in the universe. These effects are particularly evident in VR. While using your hyperdrive, the warp effects you see have been improved upon, offering a far better experience than the loading screens in previous versions of the game.

A big part of the Prisms Update for many will be the implementation of DLSS, offering a massive improvement on performance and visual quality. Players will also now find a more diverse range of flora and fungus in caves and see much more with improved torch visuals.

In terms of gameplay mechanics, there are two major updates that Prisms brings. The first is meteorological weather rewards. Hazardous events like lightning impacts now have a chance of spawning valuable objects. This gives explorers more of a reason to land on hazardous biomes such as toxic worlds so that they can reap these rewards and make themselves rich.

The second major update is to rideable creatures. You can now tame and ride low-flying creatures such as worms, butterflies, and even beetles. The range of exotic companions has been increased, so you can adopt these cute monsters where you find them, and they can all now be covered in fur. If nothing else, this is the update that will finally allow you to find the No Man’s Sky version of your cat or dog.

The full patch notes for No Man’s Sky Prisms cover everything in much more detail. What they don’t include is any reference to a third Expedition. However, there are some general Expedition fixes, meaning there should be more on the way.