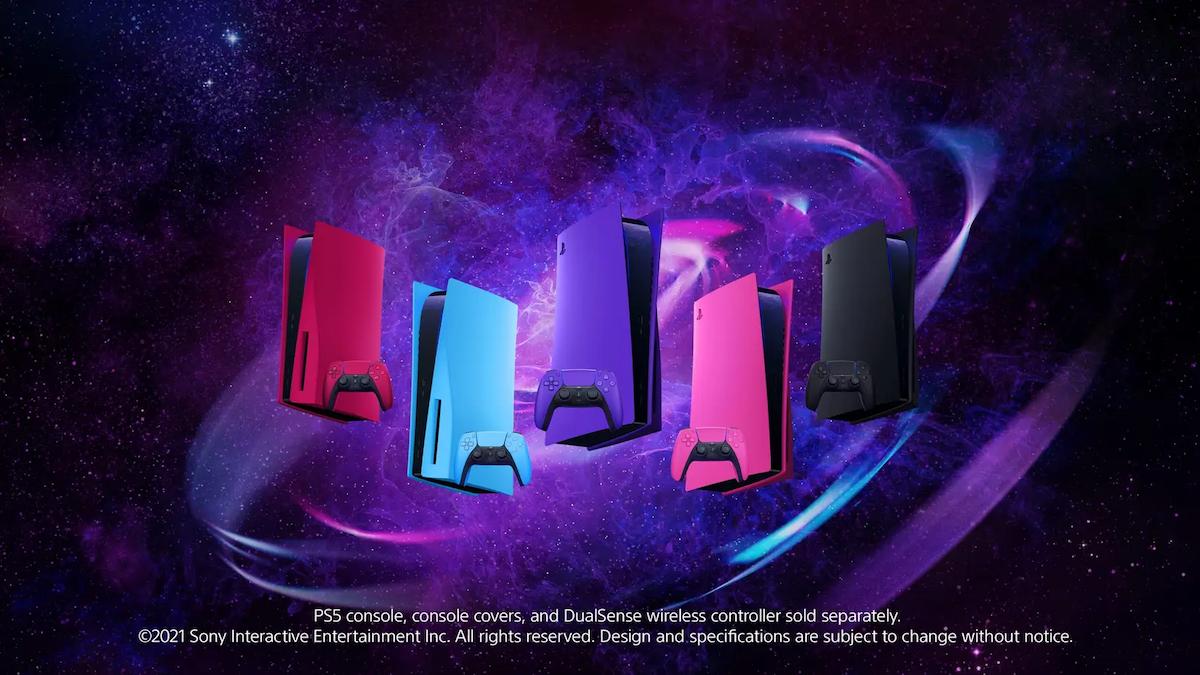 PlayStation announced Monday that the PlayStation 5 will receive official replacement covers, alongside three new DualSense color variants starting in January 2022. The announcement came through a blog post, which offered a look at the new, colorful PS5 accessories.

Five console cover variants were announced. Midnight Black and Cosmic Red share names and color schemes with the DualSense variants of the same names and will launch in January 2022. The company stated that the three new DualSense variants, Nova Pink, Starlight Blue, and Galactic Purple, would also release that same month.

However, the Nova Pink, Starlight Blue, and Galactic Purple PS5 covers won’t be coming until a little while after. PlayStation said it plans to launch these variants during the first half of 2022, but shared no details beyond that. Listings on PlayStation Direct indicate the console covers will cost $54.99.

Replacement PS5 faceplates have been a highly-requested item since the PS5 launched in 2020, so much so that third-party companies began making and selling them in a variety of colors. However, Sony previously threatened legal action against some of these groups, which effectively put a stop to PS5 customization until an official solution was available. This announcement also follows news of a recently-discovered patent filed by Sony in November, which was for PS5 faceplate variants.