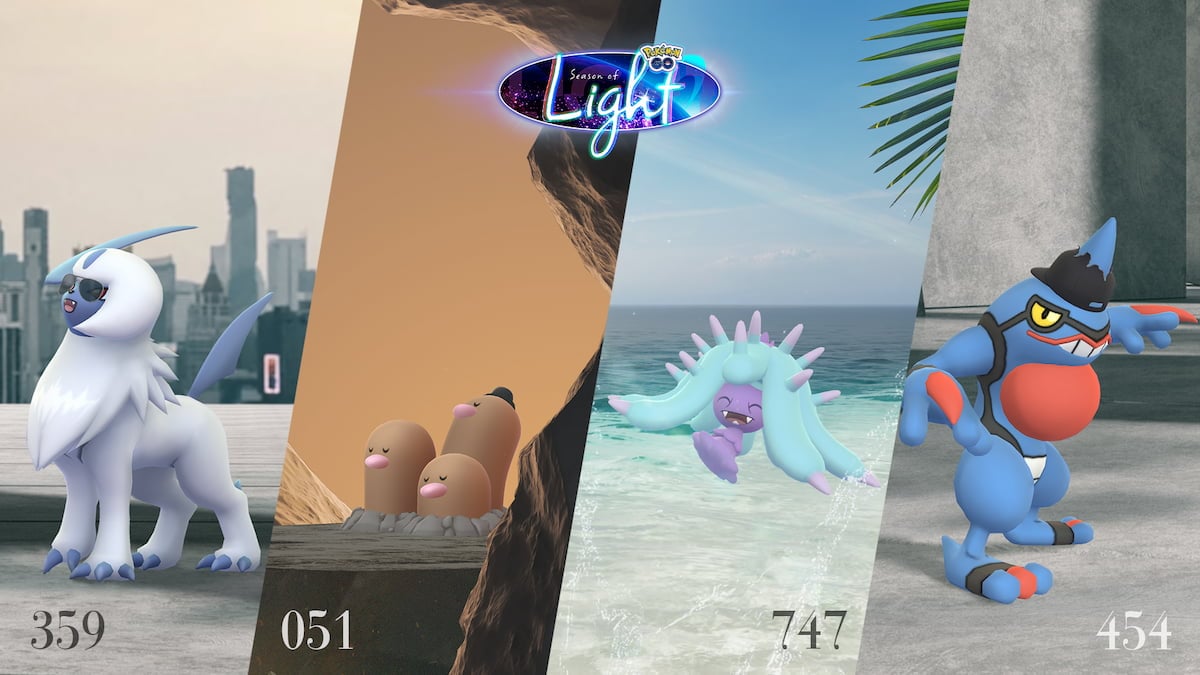 Fashion Week has arrived at Pokémon Go’s Season of Light, allowing players to capture multiple fashion Pokémon, such as Absol, Kirlia, Butterfree, Shinx, Coragunk, Diglett, and Blitzle. Alongside these fashionable Pokémon, Mareanie will make its debut, Yveltal receives its shiny form in five-star raids, and Furfrou’s shiny form is available.

The Mareanie family consists of Mareanie and its evolved form, Toxapex. Many players have been eager to get their hands on this Poison and Water-type Pokémon, looking forward to seeing how it holds up in the PvP Battle League against other players. Everyone will be able to capture it from wild encounters, three-star raids, and it has the chance to be a Field Research encounter.

The fashionable Pokémon will appear throughout Pokémon Go during the Fashion Week 2022 event. Most of them will be appearing in the wild, but a handful will also appear in one- and three-star raids, such as Shinx, Coragunk, Diglett, Butterfree, Kirlia, and Absol. These encounters should be doable for most players, but it doesn’t hurt to bring a friend with you to catch ’em all.

Furfrou, the Pokémon has a unique evolution in nearly every part of the world and will receive its shiny version, as will Yveltal. Unfortunately, you can only find Yveltal in five-star raids, requiring you to work alongside other players to take it down. However, Furfrou comes in multiple forms, making it challenging to capture all shiny versions of this Pokémon. Regardless, they will be available but difficult to find in the wild.

Pokémon Go’s Fashion Week 2022 starts on September 27 and ends on October 3 in a player’s local area. Of the activities appearing during the week, the Pokémon in exclusive costumes will be a primary focus, followed by the reappearance of Yveltal, one of the more powerful legendary Pokémon that appears in the mobile game.