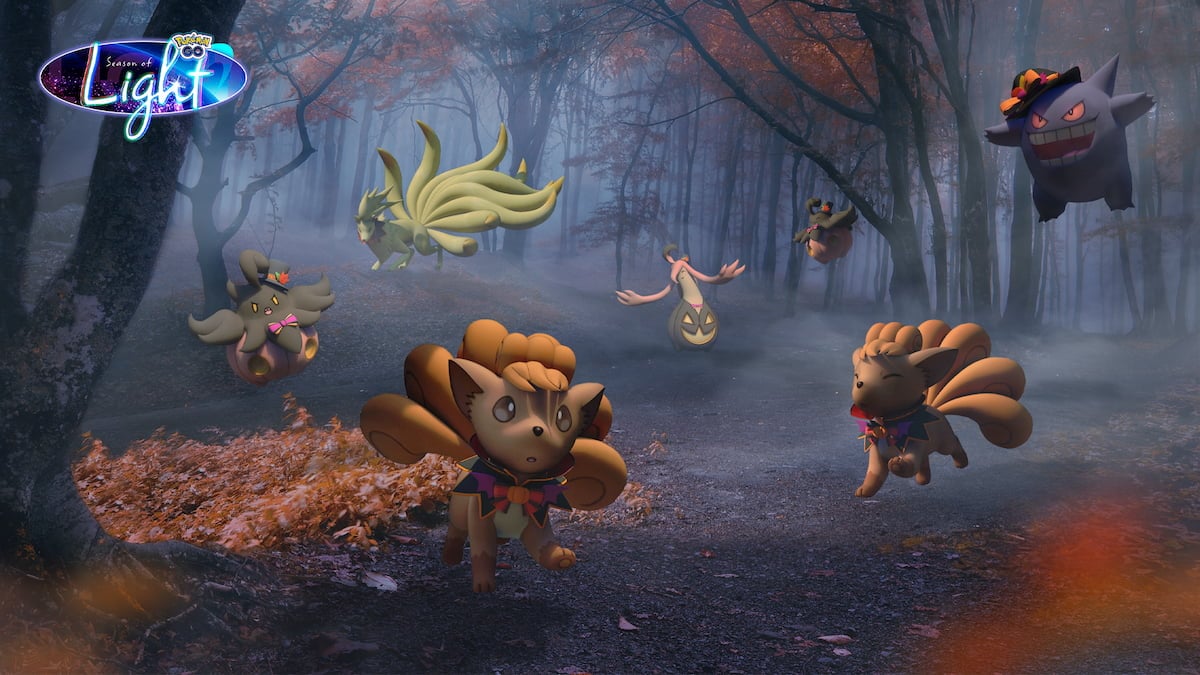 The first part of Pokémon Go’s Halloween event goes live in a few hours, and leading up to it, the team at Niantic has shared information about what’s to come in the second half of the event. We’re getting multiple costumed Pokémon appearing in spooky outfits for players to catch while exploring their local neighborhoods.

The festival Pokémon at the event feature Vulpix, Ninetalesa, Gengar, Pumpkaboo, and Gourgeist. Vulpix and Ninetales will both be donning a spiked scarf around their necks, while Gengar is wearing a witch’s hat, with Pumkaboo and Gourgeist featured in spooky top hats. Vulpix and Pumpkaboo will appear in the wild and Field Research tasks, while Gengar will spawn in three-star raids. All of these Pokémon have the chance to be shiny throughout the event.

In addition to the costumed Pokémon, there will be two Timed Research plans for players to select. One is worth $1 USD, and the other is $5 USD. The lower-priced Timed Research gives players more chances to encounter Yamask. The higher-priced Timed Research will come with Candy bonuses, additional Halloween-themed tasks, and an avatar item, which is likely the Pumkaboo lantern featured in the Pokémon Go blog.

The costumed Pokémon is the most notable change for the Halloween Part II event. However, Origin Forme Giratina will continue to appear in five-star raids, which, if you catch, will have the signature Shadow Force charged attack. This move will be a powerful option for those looking for a new moveset for this legendary Pokémon.