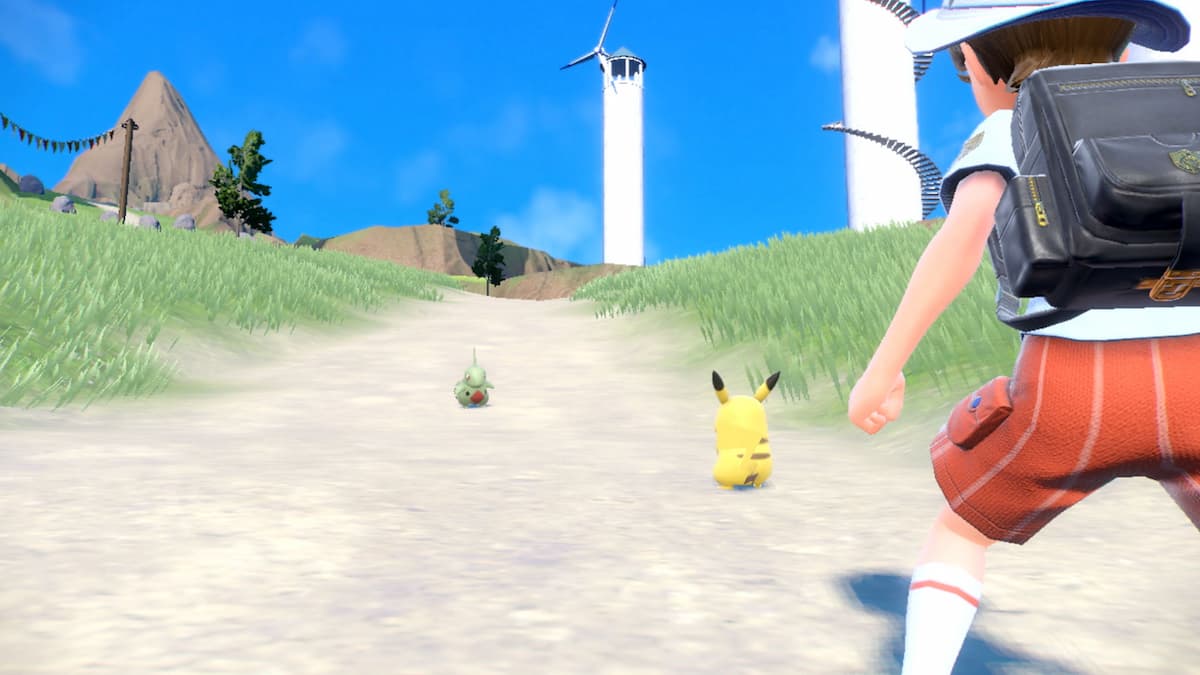 The Pokémon Company ended the latest Pokémon Presents stream with a bombshell: a new Pokémon generation is upon us in the form of Pokémon Scarlet and Pokémon Violet. The pair of titles are heading to Nintendo Switch in late 2022; the news comes just a month after the release of Game Freak’s most recent title, Pokémon Legends: Arceus.

This three-minute “one more thing” trailer depicted a live-action scene in which a security guard finds a room full of treasures and trinkets, presumably all related to the lore of the game’s new region. This then transitions into proper gameplay footage, depicting wide-open areas and large cities. Just from eyeballing the trailer, one can see a lot of Spain and Portugal-inspired architecture and scenery.

Of course, you can’t reveal a new generation of Pokémon without showing off the new starters, and fans will surely start to draw battle lines in the sand for their favorite. There aren’t any official names from the trailer, but it looks like people will fight over grass cat Sprigatito, fire gator Fuecoco, and water duckling Quaxly. We expect plenty of debate within Gamepur’s internal chats.

Plenty of familiar Pokémon appeared in the trailer, and the buildings, settings, and character models appear to be a step up from Pokémon Sword and Shield. The world seemingly takes notes off of Pokémon Legends: Arceus, albeit with the promise of a true open world rather than segmented open biomes like in Arceus. It’s worth noting that the footage in the trailer featured some frame rate drops, indicating that this will be a lot on the poor little Switch’s hardware.

The fact that Game Freak is already coming out with such a large title not even a year after Pokémon Legends: Arceus might be alarming to fans, but it’s hard to deny the excitement of a new region — and the leaks and speculation that will come with all of the new designs.