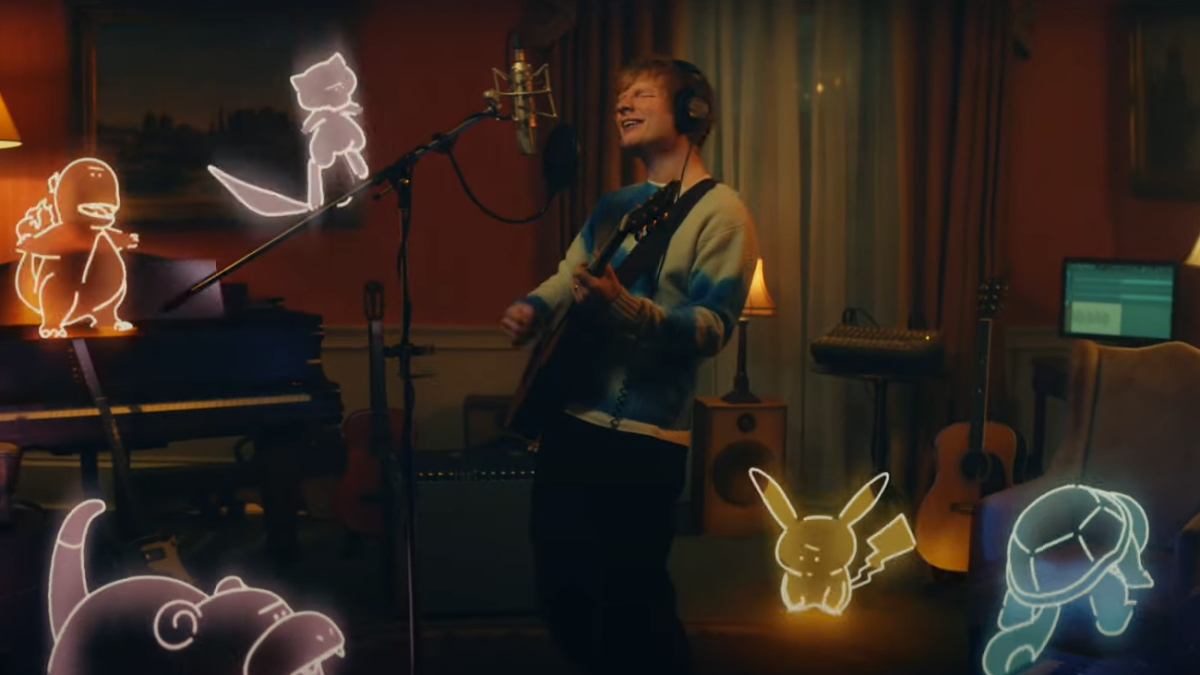 Fresh from his breakout roles in Game of Thrones, Yesterday, and Red Notice, Ed Sheeran is making a significant contribution to upcoming Pokémon sequels Scarlet and Violet. No, it’s not as the voice of Wiglett, the recently-revealed Garden Eel Pokémon taking the Internet by storm, but in a more traditional musical capacity. Sheeran’s new song, “Celestial,” will feature on the soundtrack for the new Pokémon games, and it was released with an official Pokémon-inspired music video today.

The video sees Sheeran experiencing his day to day activities accompanied by animated illustrations of classic Pokémon designed by Yu Nagaba. The final scenes feature an animated Sheeran drawn in the style of the Pokémon anime alongside fan favorites including Lapras, Machamp, Squirtle, Charmander, Mewtwo, and of course, series mascot Pikachu.

The song, distributed by Atlantic Records, was made as a special collaboration with the Pokémon Company, and will apparently feature in Pokémon Scarlet and Violet as well. Whether that will be as celebratory music once the credits roll or as a special performance in-game is unknown, but no doubt ardent Sheeran fans will be the first to find out once the new games release. Expect to see plenty of rumors flying around claiming to be able to unlock Ed as a playable character.

This isn’t the first time that Ed Sheeran has crossed paths with Pokémon. Reportedly an ardent fan of the games, Sheeran put on a collaboration event in Pokémon Go in November 2021, which featured performances of his music and an abundance of Water-type Pokémon in recognition of the singer’s preferred starter type. Whether this is the beginning of a further expansion into video game collabs or Sheeran is just biding his time until he can complete his pop culture apotheosis with an inevitable MCU cameo, only he truly knows.