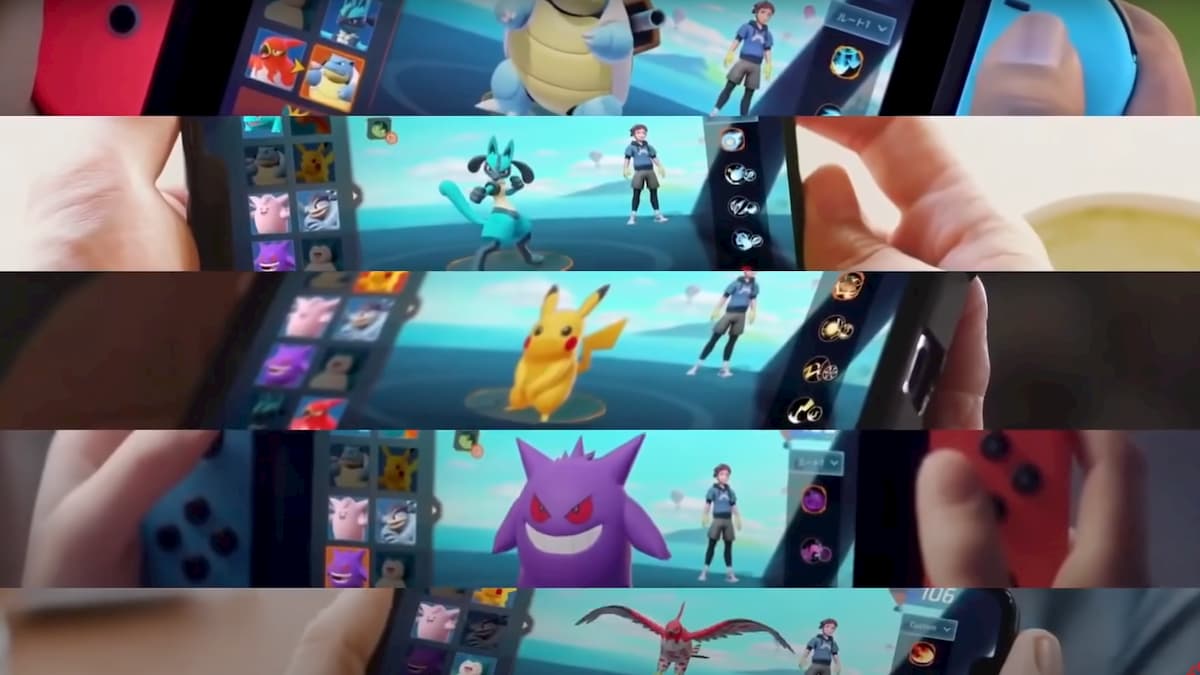 Back in June of last year, The Pokemon Company showcased Pokémon Unite, a MOBA developed by Tencent Games subsidiary Timi Studios. Although information on the spin-off has been noticeably barren since its initial announcement, one leaker has published screenshots of never-before-seen characters and buyable cosmetics from the game.

Twitter user and veteran leaker Centro Pokémon posted three photos of Unite’s in-game menu, one seemingly of a store offering zany costumes for certain Pokémon, such as a pirate get-up and scuba gear. As hinted at by The Pokemon Company, the image also gives away the first look at the MOBA’s micro-transaction currency.

As for the newly revealed Pokémon, the leak points to Cinderace, Garchomp, Absol, Ninetales, and Crustle presumably being playable as well. This would grow the roster to at least over 20 Pokemon, but the studio may have more monsters to show off before the game’s release on Nintendo Switch and mobile.

So far, it is unclear when players can get their hands on Pokémon Unite. However, Centro Pokémon hasn’t stopped with just Unite leaks; the account recently claimed a Switch remake of DS entry Pokémon Diamond and Pearl would release sometime later this year.