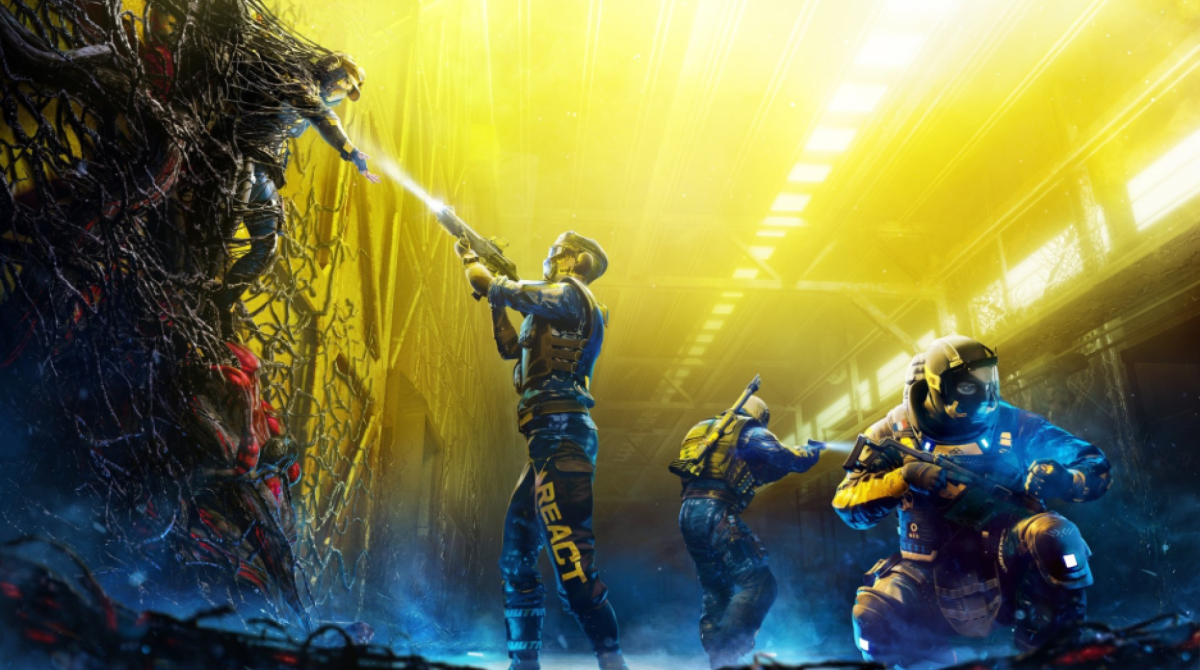 Are you still not quite sure how Rainbow Six Extraction will play? Developer and publisher Ubisoft has released an extended deep dive trailer for showing everything you need to know about the upcoming cooperative first-person shooter.

The Rainbow Six Extraction extended gameplay deep dive trailer features game designer Alicia Fortier as she explains everything you need to know about the game. Also, we get a bit more footage of its action packed gameplay. Specifically, we see operators Sledge, Ela, and Alibi, all of which are from the popular competitive shooter, Rainbow Six Siege. Also, the specific demo takes place at the Orpheus Research Center map.

As Fortier states, Rainbow Six Extraction is a third-person cooperative shooter where the Rainbow Six team must go toe-to-toe with an alien threat. The “hot zones,” which are the game’s maps, feature three sub-zones, each with its own objective. For example, as featured in the video, the first objective in the first sub-zone is “nest tracking,” which tasks players to plant auto trackers to dormant nests. If you really want to know what’s going on in Ubisoft’s upcoming shooter, you can check it out for yourself below.

Rainbow Six Extraction will launch for PlayStation 4, PlayStation 5, Xbox One, Xbox Series X and S, PC, and Stadia on September 16, 2021. If you’re a Ubisoft+ subscriber, you’ll be able to play the game at no additional cost. You can pre-order the game right now.