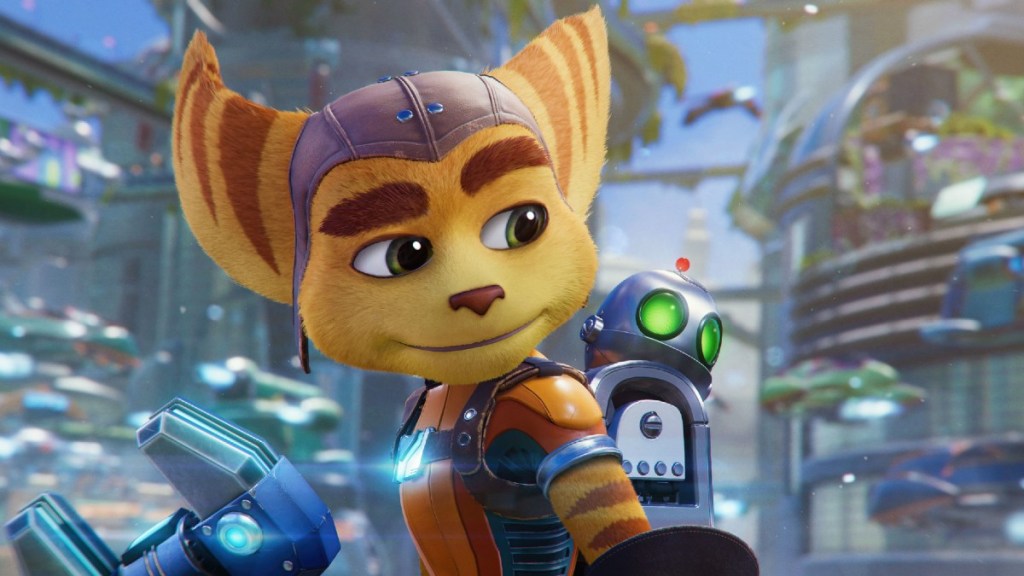 Ratchet & Clank: Rift Apart leads the nominations for The Game Awards 2021 in six categories, including Game of the Year. Esports-related categories aside, Ratchet & Clank: Rift Apart received the most nominations in categories that praise its improvements in all gameplay and design aspects, including Best Action/Adventure Game, Art Direction, Best Game Direction, Best Audio Design, and Innovation in Accessibility. The game shares four of those categories with Psychonauts 2.

Ratchet & Clank: Rift Apart is Insomniac’s first PS5 game for the series, and it was the first game in the PS5’s post-launch lineup to take full advantage of the new console’s advanced hardware, especially ray-tracing. Ratchet & Clank: Rift Apart was critically acclaimed for its clever writing, new gameplay mechanics such as the Rift Tether, the audio mixing and music, and for its eye-popping visual design. The graphics were such that critics compared it to a Pixar movie.

The game received the most praise for its accessibility features, with disability advocates lauding Sony for making improvements in its mobility and visibility settings, especially for players who have trouble playing with otherwise traditional controllers and are either blind or colorblind. Although the accessibility features weren’t perfect for everyone, they were a step in the right direction for including all players in the gameplay experience.

The Game Awards will be hosted at the Microsoft Theater in Los Angeles on December 9. It will be its first in-person awards show in two years after holding last year’s show in a virtual format.