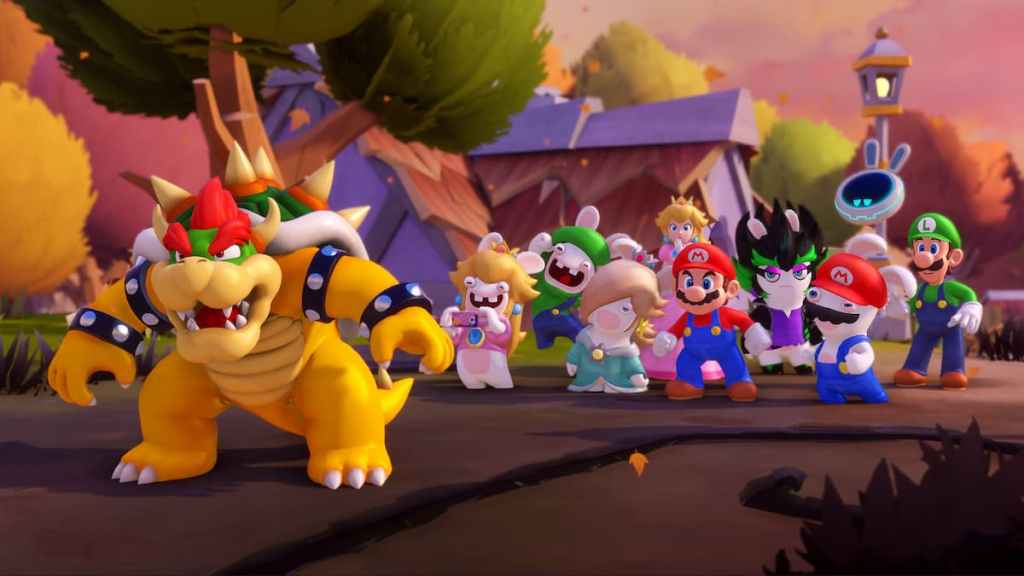 Three DLC expansions for the highly anticipated sequel to Mario + Rabbids, Sparks of Hope was announced during Ubisoft Forward 2022. One of the DLC will star Rayman, the hero of the video game franchise of the same name. Rayman will be a playable new character and is part of the third DLC, so he won’t be available early on. Ubisoft Forward did not reveal a release window for Ryaman in Sparks of Hope, with only a teaser with the top of Rayman’s head among a line of Rabbids got shown at the event.

It feels appropriate that Rayman will guess star in a Rabbids spin-off. The Raving Rabbids were initially side-characters in the Rayman games before spinning off to their own games. The Rabbids became so popular that their series led to a cross-over game with the Mario franchise called Mario + Rabbids Kingdom Battle. The game proved a commercial and critical success, which led to Donkey Kong DLC.

Meanwhile, Rayman hasn’t received a new console game since 2013 with Rayman Legends. The Sparks of Hope DLC will be Rayman’s first new appearance on a home console game in almost 10 years. Legends received unanimous acclaim, and it has been ported several times, most recently on the Nintendo Switch in 2017. The character also continues to thrive on mobile titles, including Rayman Mini from 2019.

Sparks of Hope is a turn-based strategy adventure game where players fight on a map separated by grid-based squares. The distance players can travel and how far they can attack is determined by how many squares away they are from a point of interest. The story of Mario + Rabbid is about the world of the Rabbids merging with the Mushroom Kingdom. Both Mario + Rabbid games take inspiration from other similar strategy games like XCOM and Fire Emblem. Sparks of Hope will launch on October 20.