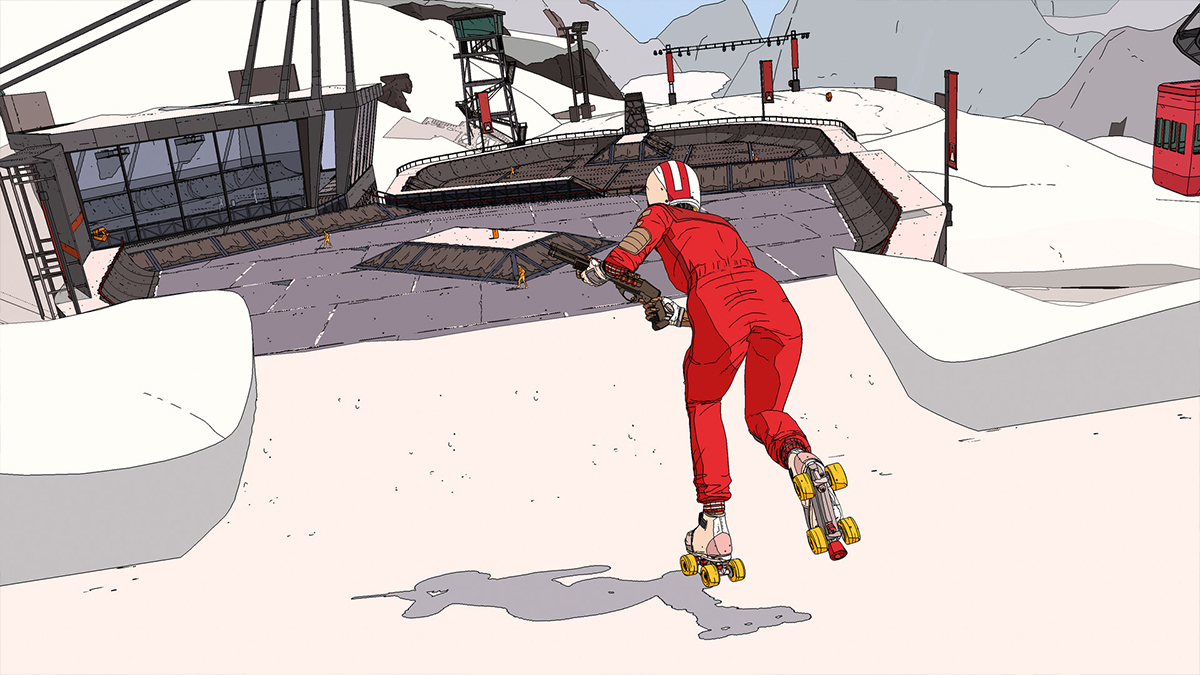 Rollerdrome was eye-catching from the moment it debuted during one of PlayStation’s State of Play showcases. It’s the next game from Roll7, the developer best known for the chill skateboarding OlliOlli franchise. Now it’s trading the skateboard for roller skates and guns. Rollerdrome is half skater, half shooter, and that combination certainly looks good in motion.

But how does it actually play? A new dev diary from the PlayStation Blog dives into the design philosophy a bit deeper. One of the biggest elements is freedom: think of open Tony Hawk’s Pro Skater parks rather than straightforward obstacle courses. “It’s the first Roll7 game that isn’t linear,” says creative director John Ribbins. “It gives you free reign to have a bit more creativity and throw a bit more flair into what you’re doing.”

Momentum is a big part of that. Shooters often involve moving through narrow corridors and cornering your foes — or getting cornered yourself. That shouldn’t be the case here. “You don’t have any dead ends, and you don’t have any corners you can get stuck in,” Ribbins continues. “You can always jump up something or carve around something that’s going to bring you back into the combat again.”

Such a different style of movement and combat is going to take practice, so Rollerdrome will ease you into its mechanics. “Over the first few levels, [it’s] kind of easy, like ‘kill five guys,'” explains senior 3D level designer Jacob Mills. “Later on it’s like ‘kill a guy while wall riding.'” Escalating objectives like that are how Roll7 plans to teach players the ins and outs of the game.

As the game goes on, you’ll be pulling off more advanced maneuvers like dodging sniper fire in the air, avoiding mines on the ground, and even shooting down rockets. To help with this, Rollerdrome includes Reflex Time: hit a button, and the world briefly slows down, allowing you to dodge more carefully and line up your shots. Hit Reflex Time just as you do a perfect dodge, and you’ll activate Super Reflex. This gives the whole game a blue tint while highlighting enemies in red. If you’re playing on PlayStation 5, haptic feedback in the DualSense controller will prompt you for the perfect time to pull that off. You can see what that look like in the video below.

As for when you can get your hands on Rollerdrome, its release date is Tuesday, August 16. The game is coming to the aforementioned PlayStation 5, as well as PlayStation 4 and PC via Steam. No pricing has been announced, though there’s a rumor that the game will be included in the new PlayStation Plus service as part of the Extra tier.