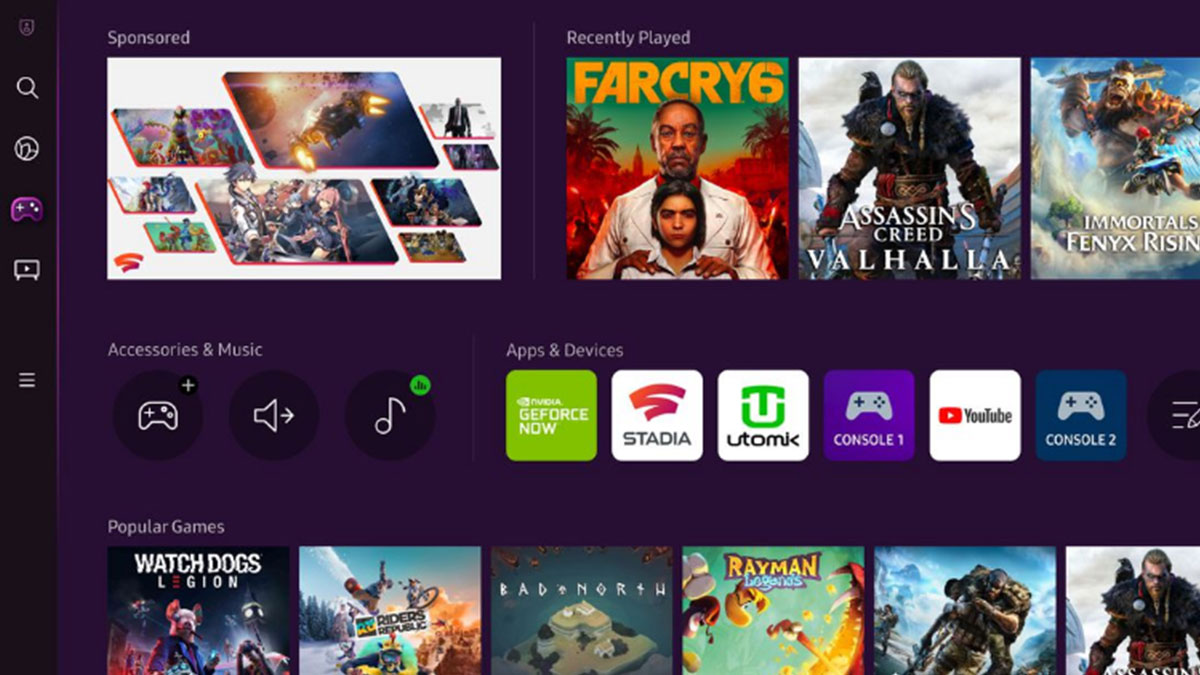 CES often has a few gaming announcements to start the year. Last year’s show revealed release windows for Ghostwire: Tokyo and more. 2022’s show already has some news from Samsung — cloud gaming fans will be pleased.

Samsung’s latest press release (via CNET) detailed a new gaming hub for its 2022 TVs. This will collect cloud gaming services like Nvidia GeForce Now, Google Stadia, and Utomik in one tab, “with more to follow.” Xbox Game Pass seems to be a likely candidate, especially since the 2022 TVs will also allow you to pair controllers. The gaming hub will also include buttons to let you quickly access any attached consoles, so even if Game Pass doesn’t make the cut, you’ll be able to jump right over to your Series X/S or Xbox One. Finally, YouTube gaming content will be a part of the hub, giving you a quick way to start watching your favorite streamers.

The gaming hub will come standard on certain Samsung 2022 TVs, though we don’t know which models exactly. We also don’t know if the hub will be added to earlier models via updates, as Samsung didn’t comment on either matter. In any case, this is still a much bigger step into gaming for the tech company than that Fortnite Galaxy Skin it released once.