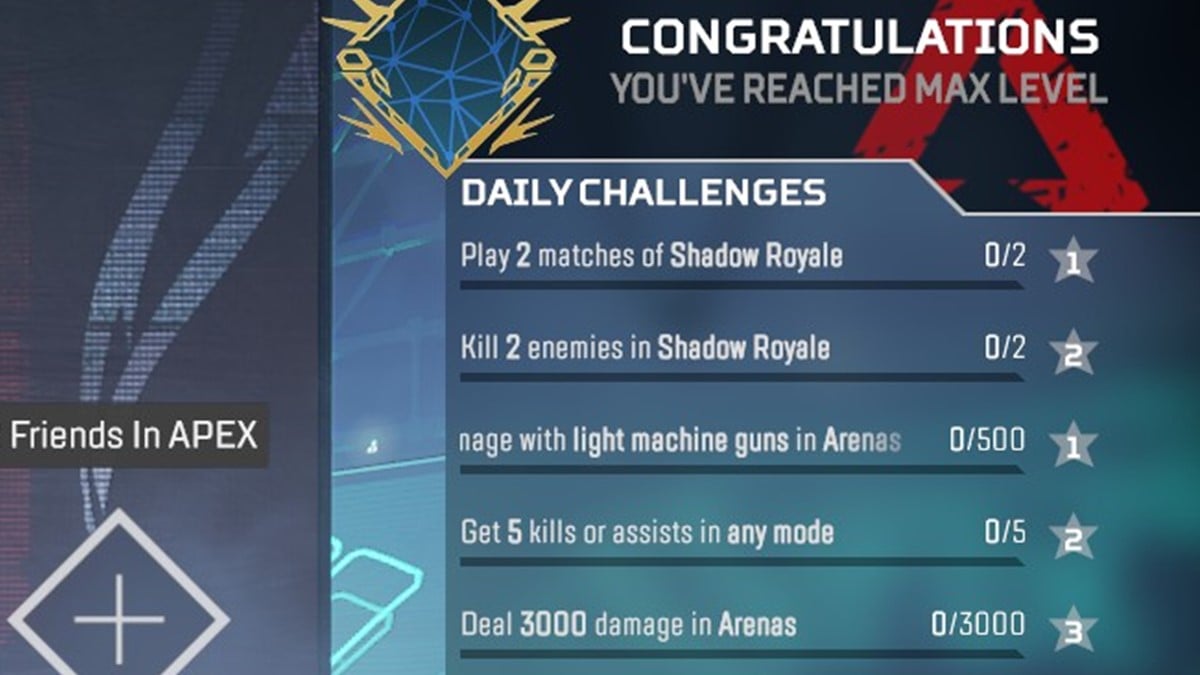 The Monster Within event in Apex Legends kicked off without any sort of game patch on October 12. This should have made for a pretty steady release; however, multiple glitches have already shown up. One glitch involved Monsters Within Packs having better odds than they were supposed to. The other glitch involves the Daily Challenges offered to players during the event. If you check your Daily Challenges on your Challenge Tracker, you will notice something odd.

There is a good chance your tracker will have two missions, one 1-star mission, and one 2-star mission, that cannot be completed. They will read “Play 2 games of Shadow Royale” and “Kill 2 enemies in Shadow Royale”. It makes enough sense at first, simple dailies themed around the Halloween Limited-Time Mode, but the problem is: Shadow Royale is not currently in the game.

For the new take on the Halloween event this year, Shadow Royale has been postponed to the final week of the event only. This means that until the glitch in the Daily Challenges is fixed, players will only be able to complete three of their daily challenges. Hopefully, this mistake will be remedied by either removing the challenges or giving us Shadow Royale early. Either way, things currently are not fair to Apex players who haven’t finished their Battle Pass.