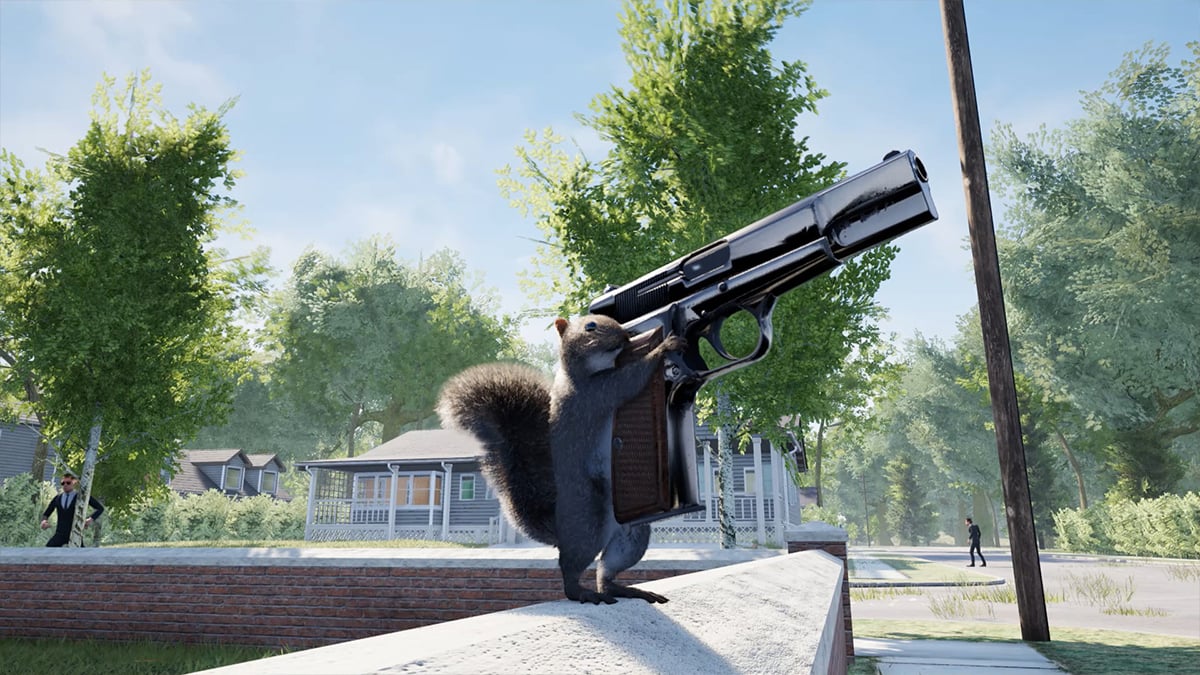 Every once in a while, you see a video game title that tells you everything you need to know. Squirrel With A Gun is one of those game names. It’s a squirrel. With a gun. In the immortal words of Bubsy, what could possibly go wrong?

Squirrel With A Gun is the brainchild of developer Daniel DeEntremont, and the first trailer is absolutely nuts. As you’ll see when you watch it below, the squirrel uses its guns to commit all sorts of crimes, but mostly armed robbery. It gets away with money, bread, and even a birthday cake. The squirrel has multiple guns to choose from: we can see both pistols and submachine guns in the trailer. There’s an element of customization too, as the squirrel can wear a variety of accessories. Of course, it’s not just innocent citizens of the town dealing with the armed squirrel threat — players will also have to tangle with agents on a mission to stop their crime spree.

The trailer promotes wishlisting Squirrel With A Gun on Steam, which you can do on its game page. You’ll also find a bit more information about the game there, plus a teasing question about crimes you’ll commit. No pricing or launch information is available at this time — “good question,” the page humorously says in regard to a release date. You can at least check the game’s minimum PC requirements while you’re there.

Causing mass destruction as an animal is a tried-and-true tradition in video games. The Goat Simulator series comes to mind, and Goat Simulator 3 is also on the way. Its release date is Thursday, November 17. While Squirrel With A Gun is a PC-only game through Steam, Goat Simulator 3 will be available on PlayStation 5, PlayStation 4, Xbox Series X/S, Xbox One, and PC via the Epic Games Store. For those interested in picking it up, there are several different editions to choose from.