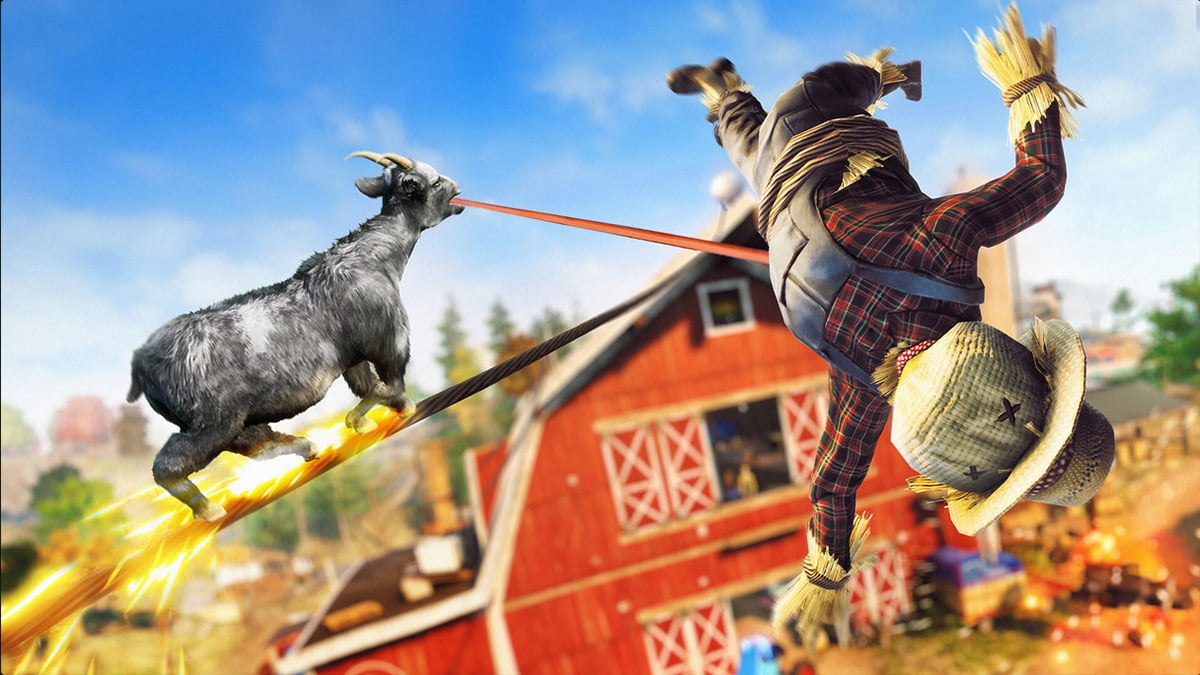 Goat Simulator 3 is looking to crank up the chaos with four-player co-op. We’re in for some serious destruction when the game arrives, but you can take a look at the game’s various versions now. They come with a bunch of bonuses and preordering any one of them scores you a rather interesting cosmetic.

This has a fancy name, but at the end of the day, it’s just the standard version of the game. It costs the same whether you buy it digitally or on disc, at $29.99 USD. As that ‘lovely’ name implies, preordering does get you a bonus: a big, sloppy udder cosmetic that hangs under your in-game goat.

Related: Is there a Goat Simulator 2? Answered

If you like cosmetics, then the Digital Downgrade Edition is also worth a look. For $39.99, you’ll get the same preorder udder, as well as eight remastered skins: Old School Pilgor, Goat Zero, the Space Suit Set, the Tank Set, Dolph Spaghetti Mask, Humphrey Ciabatta Mask, Valentino Salami Mask, and Don Pastrami Mask. The Digital Downgrade Edition also includes the game’s soundtrack and a set of 3D printing files. Those are just for the PC version, but they’ll let you print models of Pilgor, Tony Shark, the Goat Tower, and a trinket.

Lastly, we have the Goat in a Box Edition. As the name implies, you get a cute little Pilgor plushy and a goat house box to keep him in. That comes with a reversible poster and a set of postcards, as well as a steelbook case with a pretty snazzy design. Goat in a Box Edition also includes every bonus from the Digital Downgrade Edition. Note that this one will only be available in the EU and ANZ regions.

Goat Simulator 3 is a few months out: its release date is Thursday, November 17. You’ll be able to grab it on disc and digitally on PlayStation 5 and Xbox Series X/S, as well as digitally on PC via the Epic Games Store.