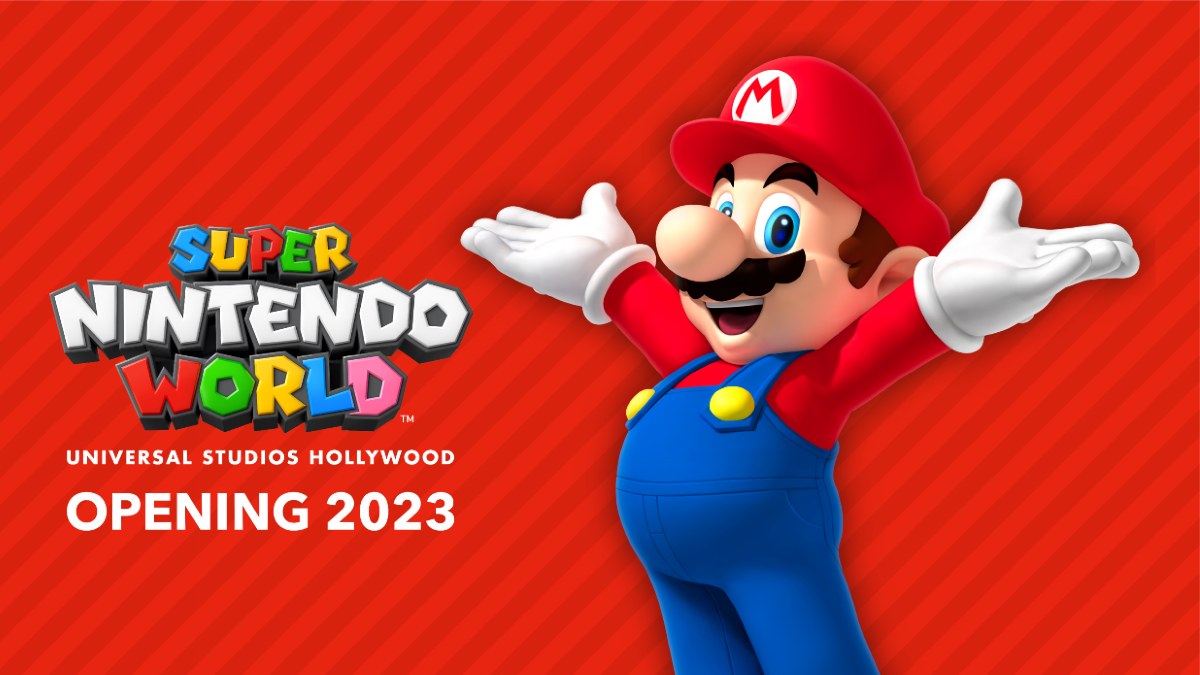 Just today, Universal Studios Hollywood announced that the opening of its own Super Nintendo World is locked for 2023. The Hollywood-themed park, which is still under construction, will be Super Nintendo World’s U.S. debut following its launch in Osaka, Japan. The Osaka park faced multiple delays throughout the pandemic but officially launched last March.

Ahead of the opening, Universal Studios Hollywood is offering exclusive apparel and collectibles as a part of the park’s “Feature Presentation” store which is said to be “opening soon.” When the store opens, it will have selections including Mario and Luigi merchandise, character hats, and plushies for other characters like Bowser, Yoshi, and more.

Super Nintendo World is also being constructed at Universal Studio’s Orlando, Florida location, although the scheduled 2023 opening was delayed to early 2025 due to the COVID-19 pandemic. Outside of the U.S., there are plans to open the Nintendo-themed park in Singapore, which construction is expected to finish in 2025.

Super Nintendo World visitors will get to experience various rides and interactive areas, and they can also check out shops and restaurants at the Hollywood location. Universal Studios says that it’s looking to offer “exhilarating entertainment with innovative technological achievements inspired by characters and video games that have appealed to generations of Nintendo fans for over 40 years.”