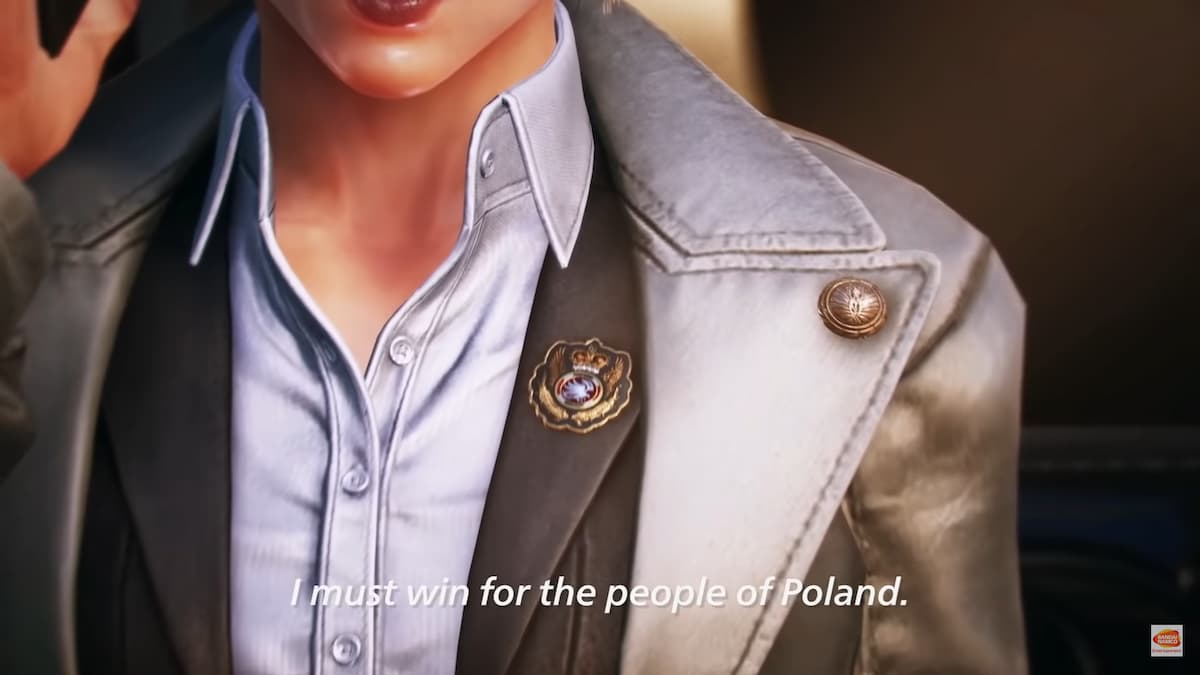 The teaser trailer has her take a phone call with a person on the other end stating the cryptic line “Prime Minister, and that threat…” followed by the woman declaring that “I must win for the people of Poland.”

Judging from the lines and her reference to winning, most likely she’s the Polish Prime Minister being forced to enter the King of Iron Fist Tournament under some unknown threat involving the citizens of Poland. Further proving this is the line from a tweet in a status update from the official Tekken Twitter account “She’s not afraid to fight for her people.”

Before the character tease, there were also several panning shots on various locales, hinting at possible new stages to accompany her launch. According to Bandai Namco, she will be released sometime in early spring 2021 as part of Tekken 7’s DLC 18 pack.

Series Producer Katsuhiro Harada shared that Tekken 7 has shipped five million copies between its launch in 2015 and the end of 2019, which surpassed Street Fighter V.