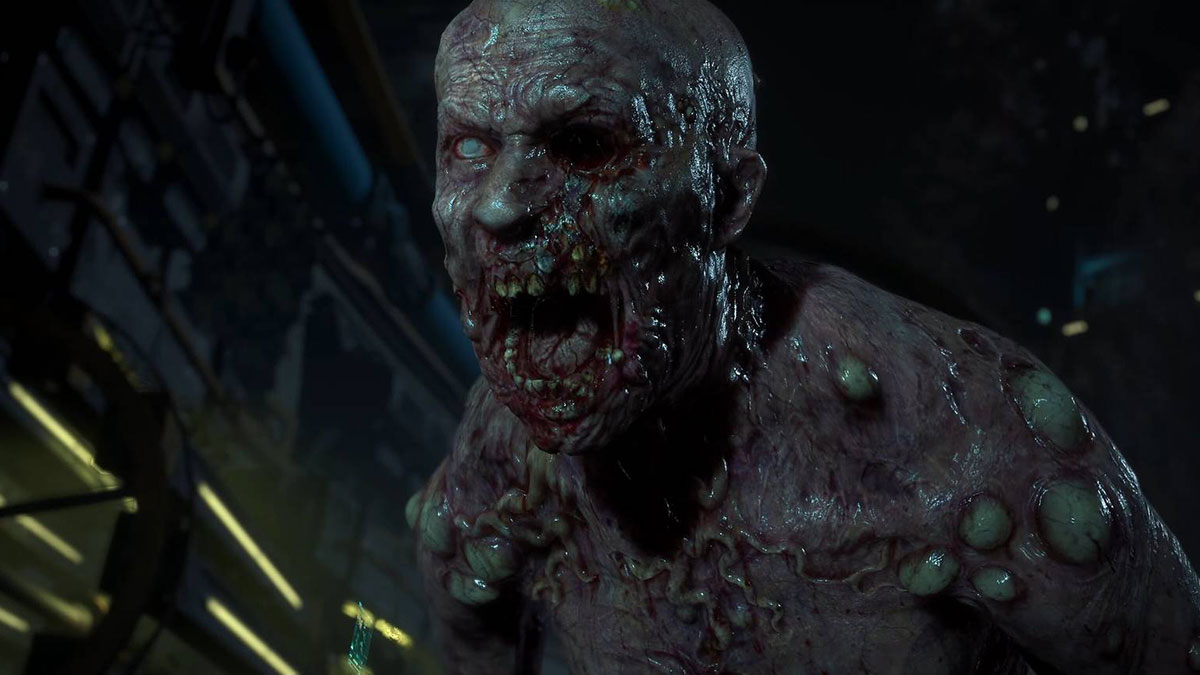 If you’ve seen footage of The Callisto Protocol and thought it looked like Dead Space, you’re not alone — it’s from the same creator. That’s why its zombie aliens look so nasty. If you want a closer look at two of those eerie extraterrestrials, we just got another preview.

The PlayStation blog has a breakdown of Below, one of the horror game’s locales. This zone is a series of tunnels beneath Black Iron Prison, the game’s main area. As part of the deep dive, the developers also showed off a pair of enemy Biophages that protagonist Jacob will face down there (and elsewhere). First is the Grunt, which “bridge[s] the gap between humans and more monstrous creatures,” according to character designer Glauco Longhi. Enemies in The Callisto Protocol are infected with a space virus, but Grunts still bear a strong resemblance to their former selves, as seen in the picture at the top of this article.

Also featured in the blog post is the Rusher (pictured above). They “have this contortionist, crooked sort of motion with twisted joints and limbs,” Longhi describes. They use this almost spider-like movement to run on walls and leap at the player. That definitely sounds scary.

The Callisto Protocol hasn’t shied away from horrific or gory moments. In fact, if you purchase the game’s Contagion Bundle (included with the season pass), you’ll unlock 13 brand-new ways to brutally murder Jacob as part of your purchase. Likewise, the Riot Bundle includes a dozen new enemy death animations. It’s an odd thing to tie to DLC, but it speaks to the creativity of Striking Distance’s kills in The Callisto Protocol.

The season pass is part of the game’s Digital Deluxe Edition, which is up for preorder now. There’s also a Day One Edition available, and The Callisto Protocol’s release date is fast approaching. It’s coming to PlayStation 5, PlayStation 4, Xbox Series X/S, Xbox One, and PC on Friday, December 2.