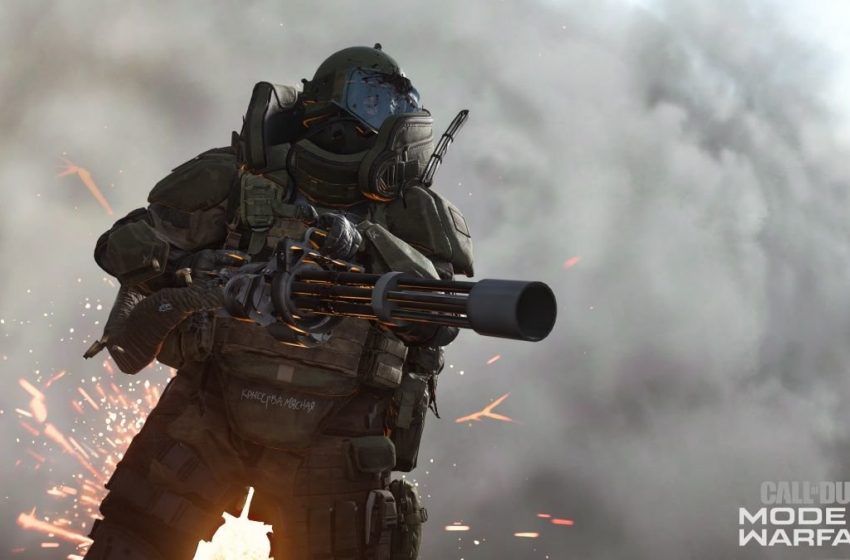 Right now, if you want to play Call of Duty multiplayer, you have two real options. You can either play Call of Duty Black Ops: Cold War or Call of Duty: Modern Warfare (2019). And chances are, if you’re a fan of the latter, you’ve stuck with it to this point. Modern Warfare offers a buffet of features that Cold War simply doesn’t. Faster movement, mounting, and unique weapons among them. However, Modern Warfare’s latest patch broke one of those unique weapons, the FiNN LMG with its XRK ChainSAW attachment, which effectively turns it into a minigun.

The FiNN, like any other LMG, is a bug ol’ piece of gun. With the right barrel attachment, it spews bullets like an SMG, but with much higher damage. Of course, the drawback to this weapon is its aim-down-sight and reload speed. One of those issues is fixed once the gun is leveled to its cap though. Players receive the XRK ChainSAW stock attachment, which gives the gun an over-barrel grip. With this stock, the FiNN takes on the appearance of a minigun, and while it isn’t exactly one, it’s the closest players can get without calling in a Juggernaut suit.

Except now, players can’t enjoy this pseudo-minigun. Modern Warfare’s latest patch, which also cut down on its file size, has bugged the weapon. It now sits far too high on the screen, and when you aim with it, your crosshair is blocked by your character’s wrist. In fact, most of the screen is occupied by the gun on your character’s arm. A clip from Reddit demonstrates the issue rather nicely.

The worst part is it’s not clear when this weapon will be fixed. It’s not exactly the most popular gun in Modern Warfare, so it’s unlikely that there will be a large outcry to fix it. Modern Warfare also seems to not be a priority in the Call of Duty franchise, with Cold War and Warzone picking up more players.