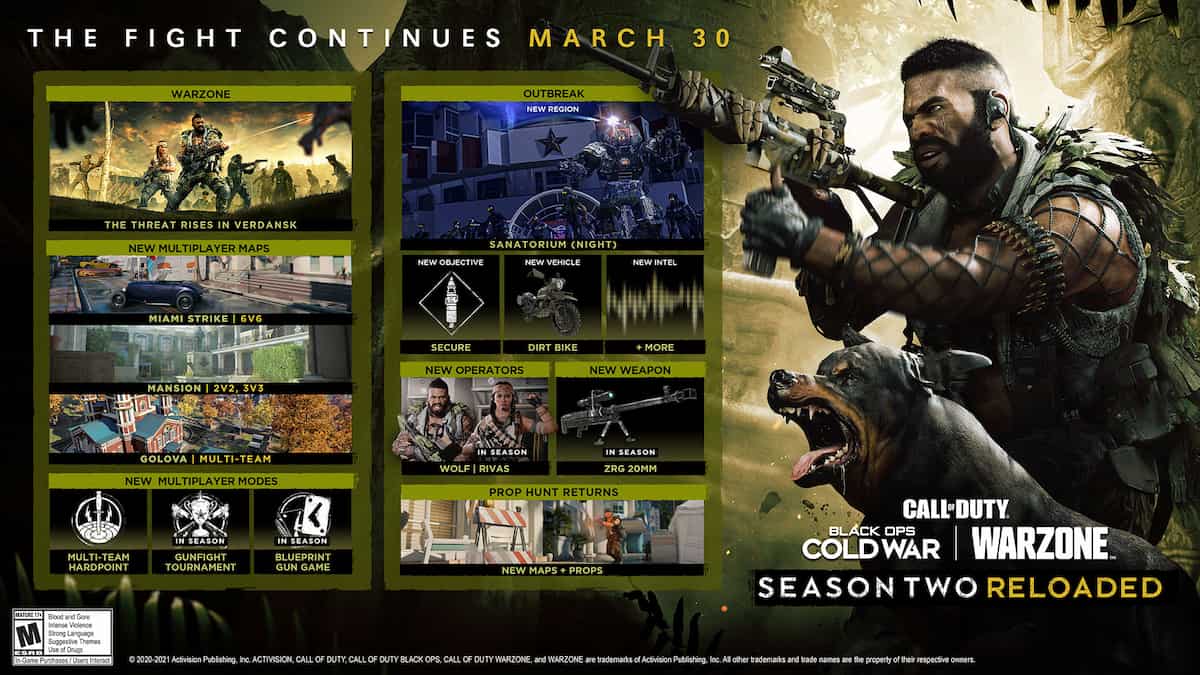 After a handful of teases at incoming content, developer Treyarch Studios has divulged that Season Two: Reloaded is indeed coming to Call of Duty: Black Ops Cold War and Warzone. The massive DLC package, set to debut this week, will bring along new multiplayer maps and modes, and more zombie action in the battle royale and Outbreak.

For Zombies Outbreak fans, a new portal will arrive on the Ural Mountains map, sending gunners to a nighttime version of Sanatorium. The area will introduce a new Dirt Bike vehicle and objective that will continue the Dark Aether storyline. Speaking of Zombies, Treyarch has pointed to more locations in Warzone to be overrun with the undead, with players expecting it to be a catalyst for Verdansk’s eventual demise.

As for the Season Two: Reloaded file size, next-gen console users will see the update take up a light 12 to 14 GB, with current-gen and PC owners only having to use an additional 7 to 9 GB of space.