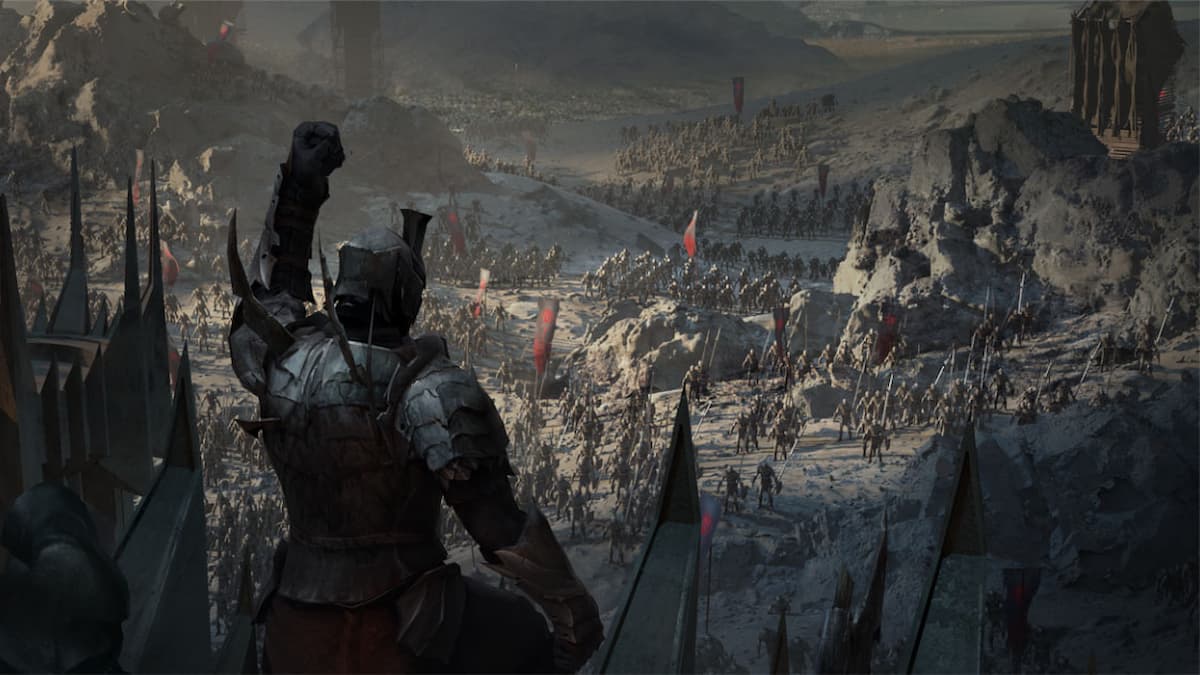 The Lord of the Rings: Rise to War is a mobile strategy game releasing on September 23. It’s set during the Third Age of Middle-earth, the time period before the events of the Fellowship of the Ring and the Shadow of War game series but after Amazon’s Lord of the Rings series.

Along with the release date announcement, publisher NetEase Games posted a new trailer showcasing the game. Players will gain control of armies to fight against Sauron’s forces or combat heroes attempting to obtain the Ring of Power. Fan-favorite characters such as Aragorn, Elrond, and many more will be available to play as well.

As a Geo-strategic Seasonal Wargame, you will expand your territory as you seek the One Ring. Successfully defeating an enemy will advance your territory while losing battles will reduce the size of your controlled region. Territories are held by either Fellowships or Warbands. Fellowships are made up of elves, dwarves, and men from Gondor, Rohan, Lothlórien, and Erebor. Whereas Warbands consist of orcs, Easterlings, and the Witch-King forces from Mordor, Angmar, Rhûn, and Isengard.

Rise to War will be seasonally based with the first season revolving around pushing back the forces of evil. Players will take control of a good-aligned faction as they attempt to occupy Dol Guldur.

Lord of the Rings: Rise to War will be available for IOS and Android devices.